U.S. employers added a booming 431,000 jobs in March as tumbling COVID-19 cases more than offset concerns about soaring inflation and the war in Ukraine.

The unemployment rate fell from 3.8% to 3.6%, the Labor Department said Friday. That puts it just above the 50-year low of 3.5% just before the pandemic upended the economy in March 2020.

Economists surveyed by Bloomberg had estimated that 440,000 jobs were added last month.

The economy has now added more than 400,000 jobs a month for 11 months, the longest such streak on record, Morgan Stanley noted in a report.

President Joe Biden touted the drop in unemployment – down from 6.4% when he entered office – as the “fastest decline in unemployment to start a president’s term ever recorded.”

Of course, COVID-19 created a massive gap in the labor market, creating significant room for recovery.

The nation has recouped 20.4 million, or 93%, of the 22 million jobs lost early in the health crisis, leaving it 1.6 million jobs short of its pre-pandemic level, a gap that could be closed by summer.

‘I LET MONEY GET IN THE WAY’:Most recent job quitters have regrets

Another positive: Payroll additions for January and February were revised up by 92,000. The upgrades pushed January’s advance to 504,000 despite widespread omicron-related worker absences.

“The labor market still has strong positive momentum and is making rapid progress towards pre-pandemic health,” economist Rubeela Farooqi of High Frequency Economics wrote in a note to clients.

The drop in unemployment came even as the number of people working or looking for jobs grew by 418,000, pushing the labor force participation rate from 62.3% to 62.4%, the highest since March 2020. More people who had been fearful of COVID-19 or staying home caring for children, among others, are returning to a favorable labor market with rising wages.

The number of people who couldn’t look for work because of the pandemic fell to 874,000 from 1.2 million in February, Labor said,

Farooqi, among other economists, said the strong report bolsters the Federal Reserve’s case for a half percentage point interest rate increase in May in an effort to curtail inflation. That would be the largest increase in more than two decades.

And new COVID-19 cases have plunged to less than 30,000 a day from more than 1 million a day as omicron raged in January. That’s encouraging more Americans to dine out and travel. It’s also prodding people on the sidelines, to return to a worker-friendly labor market with near-record job openings and sharply rising wages.

At the same time, inflation that hit 40-year highs each of the past several months – particularly soaring gasoline prices – have dampened business confidence. In February, a measure of small business optimism fell to the lowest level in more than a year, according to the National Federation of Independent Business.

Relief at the pump? What is the strategic petroleum reserve? Biden hopes it can bring down high gas prices

“We expect job creation will settle into a slower pace later this year as the economy feels the pinch from soaring inflation and tighter financial conditions,” economist Lydia Boussour wrote in a note to clients.

The Ukraine war and the market volatility it has triggered also “might have temporarily hit hiring plans,” says economist Andrew Hunter of Capital Economics.

But Tom Gimbel, CEO of LaSalle Network, a staffing firm, says “more CEOs and CFOs are concerned about inflation” than the war.

Some labor market gauges had raised concerns that job growth might already be downshifting. The number of small businesses open, as well as the numbers of employees working and hours they worked, all dipped in March, though they were still up sharply from January, according to Homebase, which provides payroll software to small firms.

GC of Colt on Navigating the Sanction Regimes, Supporting the People of Ukraine

Tue Apr 5 , 2022
Caroline Griffin Pain, general counsel and company secretary of Colt, a multinational telecommunications company headquartered in London, spoke to Corporate Counsel Advance about how her organization has navigated the sanction regimes and how the legal department can help the business pivot as and when sanctions develop. She also discussed the pro […] 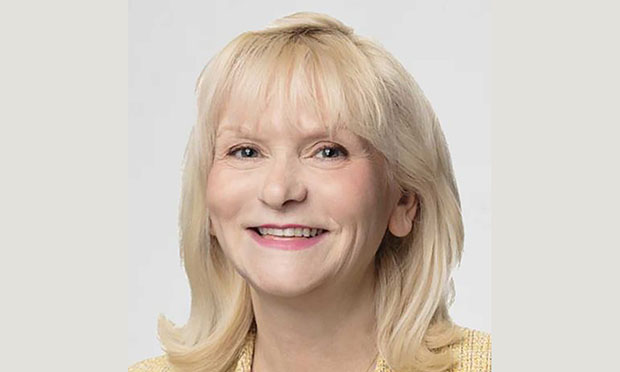