Corporations Pull Out of Russia

More than two million people have fled Ukraine in the last two weeks as Russia’s invasion of the country claimed thousands of lives and cut off access to water and electricity in some cities. In response to the humanitarian crisis, more than 300 companies have withdrawn at least some operations in Russia, according to a list kept by the Yale School of Management. Retail companies closed stores, fast-food restaurants paused operations and business services firms removed Russian partners from their umbrella networks. But some of these measures have drawbacks. They could hurt Russian civilians or other countries that are allied against Russia. President Vladimir V. Putin accused the United States of waging “an economic war” against Russia on Wednesday and the next day told officials in a televised meeting that the assets of U.S. companies that pull out of Russia should be nationalized.

The price of gas was rising before Russia invaded Ukraine and has gone up every day since. Climbing prices are partly a result of Western sanctions on Russia, and the increases will probably continue after announcements on Tuesday that the United States and Britain would ban imports of Russian energy. Though Russia exports only a small amount of oil to the United States, the country is one of the top three oil producers in the world, and replacing its supply will not be easy. Some countries that could help fill the void, like Venezuela and Iran, are under American sanctions. And while the United States could increase production, doing so would take years.

The End of Mask Mandates

On Tuesday, Hawaii became the last state to announce it would end its indoor mask mandate. As governments roll back pandemic restrictions, businesses have been left to navigate which precautions to impose voluntarily. Some restaurants in New York City have continued to require proof of vaccination for indoor diners even though the city’s requirement to do so expired last Monday. In at least one case, at a restaurant in Greenwich Village that was still asking diners to provide proof of vaccination, a protest followed.

The Labor Department reported new data on Thursday that showed prices of food, rent and gas continued their steep climb in February, a trend of rapid inflation that economists said they expected to continue in the coming months. The Consumer Price Index rose by 7.9 percent, the fastest pace of annual inflation in 40 years. On Wednesday, the Federal Reserve is expected to announce that it will increase interest rates by a quarter of a percentage point, in an attempt to cool the economy.

On Monday, the Biden administration proposed new limits on pollution from buses and heavy-duty trucks like tractor-trailers and delivery vans. The proposed rule, which is expected to be finalized by the end of the year, would require makers of heavy trucks to reduce emissions of nitrogen dioxide — which has been linked to lung cancer and heart disease and premature deaths — by 90 percent, beginning with the model year 2027, and to slightly reduce their carbon dioxide emissions, beginning with the model year 2024. It would be the first time tailpipe emissions standards have been tightened for heavy trucks in 20 years.

In January, the Theranos founder Elizabeth Holmes was found guilty of four counts of fraud for lying to investors about her blood testing start-up Theranos. On Tuesday, the trial begins for her business partner and former boyfriend, Ramesh Balwani. During her trial, Ms. Holmes blamed Mr. Balwani for the downfall of her company and accused him of abuse. He faces the same 12 charges as Ms. Holmes did, and he has pleaded not guilty.

Apple unveiled a new iPhone, iPad and other gadgets. “The Batman” cleaned up at the box office. Lululemon will soon offer shoes. And after Major League Baseball owners reached an agreement with the league’s players’ union, baseball is back.

Mon Apr 4 , 2022
Children at Dinting CE Primary School have been busy doing their bit to support all those fleeing Ukraine.   The Dinting Vale school, which has 136 pupils, has collectively raised almost £2,000 which will go to the Disasters Emergency Committee Ukraine Humanitarian Appeal.   Pupils came up with their own […] 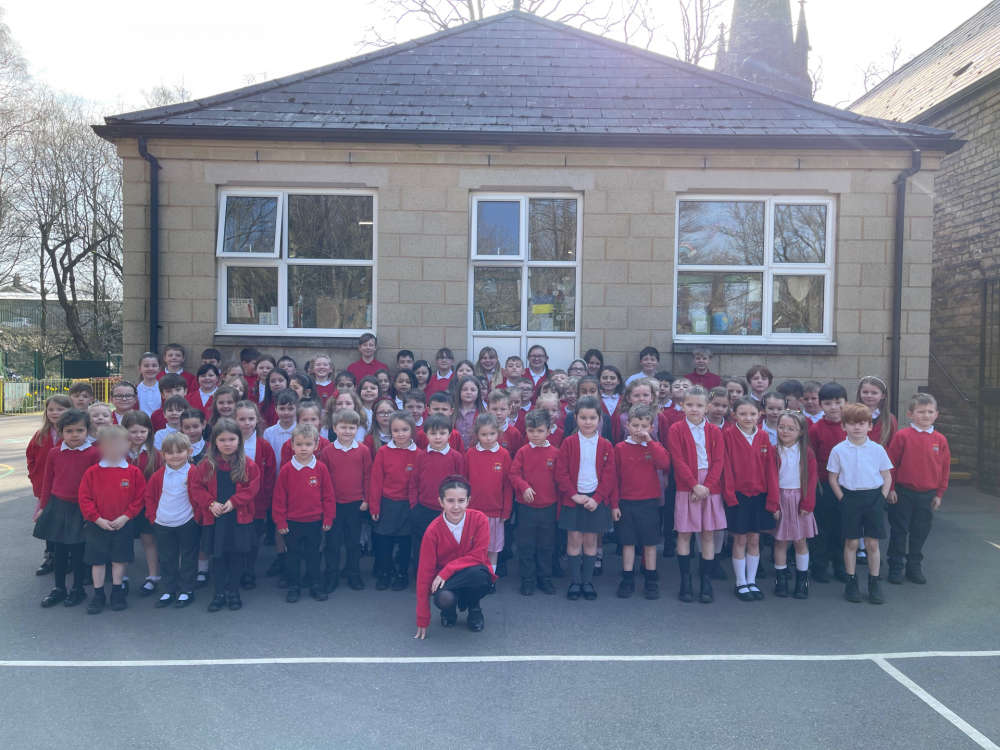