It’s “Morning in America” all over again.

That marks the strongest annual economic growth since 1984, when President Ronald Reagan was hoping for his second term in the White House. The 40th president ran with the now famous “Morning in America” message as he looked to pull the US out of its inflation nightmare and into a new era of economic prosperity.

Similarities abound with the country’s present situation. Thursday’s GDP print caps a standout year for the US economy. Job growth was the strongest in the country’s history, with the US adding 6.4 million jobs. Consumer spending fully recovered and then some. The economy isn’t just booming; it’s recovering at a pace much faster than in the wake of previous recessions.

Biden isn’t seeking reelection for another couple years, but the latest GDP data gives the president another metric to tout as he hits the campaign trail ahead of the 2022 midterm elections.

It also places his first-year economic scorecard far above what most economists anticipated. GDP growth through 2021 exceeded forecasts from the Federal Open Market Committee, Congressional Budget Office, and the country’s top business economists, according to Jason Furman and Wilson Powell, researchers at the Peterson Institute for International Economics.

The outstanding growth also narrowed the gap between potential GDP and actual GDP, the Peterson Institute for International Economics team said. Economic output sat 3.6% below the CBO’s pre-pandemic forecast at the end of 2020. That gap has since narrowed to 0.2%, the researchers said, which signals the economy has nearly recovered all the growth it lost to the pandemic and its related lockdowns.

The incredible growth over the past year has also come with a new, equally extraordinary challenge for the Biden administration. Inflation ran at a 7% year-over-year rate in December, according to the Consumer Price Index, which was the fastest price growth since 1982 and well above the Federal Reserve’s 2% target.

That, too, harks back to Reagan’s time in office. Though price growth had dramatically slowed by the time Reagan was running for his second term, his first years in office featured inflation as the country’s paramount economic issue. Price surges that began in the 1970s came to a peak in early 1979 but remained stubbornly high as Reagan entered the White House. The crisis led Reagan to dramatically cut federal spending during his time in office, an act that’s become a core tenant of his neoliberal economic policy, aptly nicknamed Reaganomics.

Biden is taking the opposite approach. The president framed his Build Back Better spending bill on January 19 as the best way Congress could counter inflation, saying the package “will address the biggest costs that working families face every day.” By spending on programs that cut costs in healthcare, childcare, and energy, Biden said, the package could help pull inflation lower.

It remains to be seen whether the package will pass or whether Biden can quash inflation as Reagan did. What’s certain is that he’ll have some help from the country’s central bank. The Federal Open Market Committee “is of a mind to raise the federal funds rate at the March meeting” to begin combating inflation so long as the conditions are right, Fed Chair Jerome Powell said in a Wednesday press conference. The Fed’s projections showed policymakers anticipating at least three rate hikes in 2022 and another in 2023 as they look to ease inflation.

was unlike any in history, and while inflation has yet to cool, the recovery through 2021 is superlative on its own. 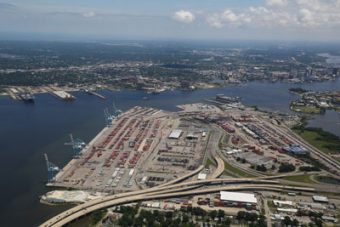