The costs Russia’s invasion has inflicted on Ukraine’s economy are enormous. The World Bank warns the country’s GDP may contract as much as 45 percent in 2022. According to the Kyiv School of Economics, the direct infrastructure damage incurred due to Russia’s aggression currently stands at around $80bn. And the overall cost of rebuilding the country is expected to prove far greater – Ukraine’s ex-central bank governor Valeria Gontareva warns it is already nearing $600bn, and may exceed one trillion dollars.

Despite the ever-growing costs of the invasion – not only for Ukraine but also for Russia – Russian President Vladimir Putin, however, does not appear ready to de-escalate. On April 12, Putin said peace talks had reached a “dead end” and insisted his so-called “special military operation” in Ukraine will not stop until it accomplishes all of its goals. Three days later, Russia carried out a new round of missile strikes on the Ukrainian capital, Kyiv, for the first time since the withdrawal of its troops from the region. Since then, attacks have escalated in Ukraine’s second city, Kharkiv, and Russian troops have been gearing up to stage a new offensive on the Donbas region.

Putin seems determined to turn every Ukrainian city and town resisting its invasion into rubble, showing little care not only for the lives of civilians but also for the economic future of the country he is allegedly trying to save from itself and “de-Nazify”. And he also seems incapable of – or not interested in – developing, or even sustaining, the economy of whatever territory he manages to claw away from Ukrainian sovereignty.

Moscow, for example, has not invested in restarting the economy of the parts of the Donbas region it occupied some eight years ago. The Yenakiyeve steel works, which was in working condition when Moscow took control of it in 2014, has been struggling ever since. Even Putin’s prize jewel of the 2014 invasion, annexed Crimea, where he made investments worth billions in recent years, still endures massive economic struggles.

And Mariupol is now suffering an even worse fate in Russia’s hands.

The population of the strategic port city has always skewed pro-Moscow and continued to vote for parties perceived as close to Russia even after the beginning of the 2014 war. But while not being at all enthusiastic about Ukraine’s gradual move away from Russia, the Mariupol residents never yearned for a Russian military operation in the city – and for good reason.

Today after nearly two months of indiscriminate shelling and heavy fighting, Mariupol lies in ruins. Ukrainian forces are making a valiant last stand from the belly of the Azovstal  – one of Ukraine’s largest steelworks – but there is little hope for the future of the city. Thousands have lost their lives, and almost no infrastructure is left to maintain survivors after the fighting is over. Looking at its previous performance in the occupied Donbas, there is reason to believe, if it manages to hold on to Mariupol in the long term, Moscow will show no real effort to rebuild the city or its steelworks.

All Ukrainians, living in areas controlled by Ukraine and under Russian occupation, will continue to suffer the devastating economic impact of Russia’s aggression for a very long time. The West’s economic war against Russia – which will undoubtedly continue, bar a major change in Russian policy or leadership – will compound these economic challenges.

But the West can punish Russia economically for its ongoing aggression while also ensuring that it pays for the damages it inflicts on Ukraine and its economy.

To achieve this, the Western nations should not only seize Russian assets, but also establish a ledger for the costs borne by Ukraine because of the invasion – both in direct and indirect damages. Of course, Moscow will fight any such effort tooth and nail, and has experience doing so. For example, under existing laws Moscow successfully avoided paying over $50bn in compensation to the former shareholders of its once leading oil company Yukos, which it nationalised in 2004. But Western governments can ensure the Ukrainian people and not the lawyers benefit from the seizure of Russian assets by coming together and agreeing on a new legal framework.

Additionally, Ukraine’s foreign debts should be placed on Russia’s balance sheet to cauterise the economic bleeding the country is currently undergoing. Those debts do not have to remain there forever. But with Moscow headed for a messy default despite a low debt-to-GDP ratio, making them Moscow’s responsibility – at least for the time being – could incentivise Moscow to make concessions.

Even if all these measures are implemented, however, Ukraine’s recovery would require investment and support from the West. Therefore, beyond making Russia pay for what it did, Western nations must also come up with a “Marshall Plan” for Ukraine.

The first Marshall Plan not only rebuilt Europe’s economy after the second world war, but also created lucrative investment opportunities for American firms and ultimately new capital markets. A Marshall Plan for Ukraine can do the same. Investors affected by the forgiving of Ukraine’s debts can be invited in on preferential terms. More countries can join Poland in offering swap lines for Ukrainian currency imminently and long-term state-backed investment programmes supported by official development finance institutions can be established.

The West is undoubtedly waging an economic war against Russia. But there are legitimate concerns that some countries, including the US, are not yet fully committed to this “war effort”. If Ukraine is to withstand this invasion and rebuild its economy, the West must do everything it can to help Ukraine and weaken Russia – at least economically. To this end, new “financial NATO” should be formed to help minimise the costs of sanctioning Russia for Ukraine’s allies.

None of these moves will renew growth imminently, or halt the continued pain caused by Russia’s war. But they can help ensure that the West’s economic war against Russia would not only inflict the maximum damage on the Kremlin, but also secure some much-needed relief for Ukrainians.

The views expressed in this article are the author’s own and do not necessarily reflect Al Jazeera’s editorial stance.

Sun Apr 24 , 2022
After Beth Gibney became principal of Pierce School in Bennington last school year, she and PTO President Amy Powell began talking about fundraising. The project to pursue seemed logical – raising money to upgrade the school’s playground. “We have a teacher here who went to this school, and it’s the same playground, and […] 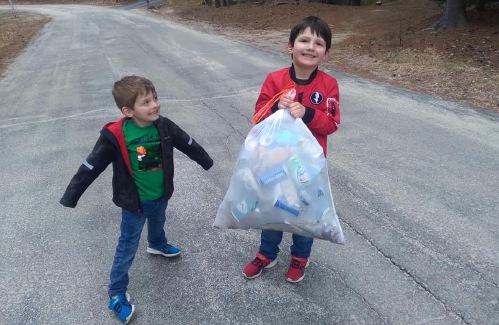