YOUNGSTOWN, Ohio (WKBN) – Fourteen months ago, the management at Youngstown’s Stambaugh Auditorium took over operations of the DeYor Performing Arts Center. Now, that same team at Stambaugh has also agreed to run The Youngstown Playhouse in what’s being described as a management partnership.

Monday afternoon, Matt Pagac, executive director of Stambaugh Auditorium, said he and his 31 person management team are now in charge of operating The Youngstown Playhouse.

“So I think it’s really great for Youngstown. It brings a lot of opportunity,” he said.

Cox says what The Playhouse was not good at, at least recently, was the business of theater. For example, he called hiring a new executive director “a daunting task” given that the salary was $30,000 a year.

“We didn’t get a lot of applications outside the city, outside the state, and the ones we did were asking salaries that were triple what we had ever paid in the past,” Cox said.

The idea of hiring Stambaugh’s management team was suggested by previous Playhouse director Kayla Boye after The Playhouse’s successful run of “The Color Purple” at Powers Auditorium.

“So the success of Color Purple started us talking a little bit more, saying how can we share and utilize resources,” Cox said.

Stambaugh Auditorium will now do the development, ticketing, marketing and bookkeeping for not only Stambaugh, but also DeYor, The Youngstown Symphony and The Playhouse. Each will still maintain its own identity.

“Business has changed, the pandemic has changed things, so we needed to change things, and we thought this was the best course of action for us,” Cox said.

“I’ve always felt that arts were one of the ways Youngstown makes a comeback. It’s a way Youngstown attracts people to this community. This helps do that,” Pagac said.

“It solidifies us and the arts in Youngstown, which is my bigger picture as well. The better the arts do, the better the town does,” Cox said.

The contract between Stambaugh and The Playhouse is for 18 months.

Pagac does not anticipate problems when all three venues have events at the same time. He says there’s the staff to handle it. Also, having events simultaneously will be a good problem to have.

He Leapt From Corporate Consulting To Starting His Own Firm. Now It’s Bringing In Seven Figures, And He’s Not Even 30.

Thu Feb 10 , 2022
At 28, Scott Rushton runs Stormloop Technologies, a boutique consultancy with more than $2.5 million in revenue. He specializes in a narrow niche: Helping clients and their teams manage cloud-based enterprise resource planning applications. Rushton started out on the corporate track, working as a technical consultant at Mercer after earning his […] 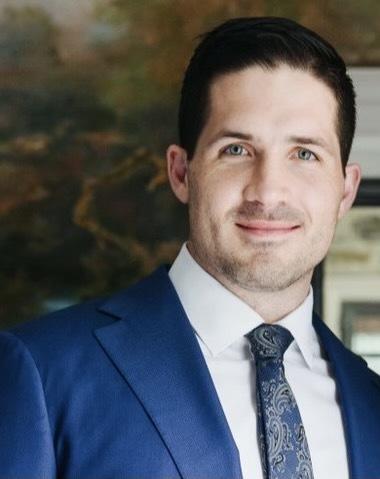