In the struggle against soaring prices, Sean Hughes has been willing to try anything to keep costs down at his gastropub, Dylans at The Kings Arms. That includes adding some less traditional fare among favorites like prime rib and Scotch eggs. The latest: confit beef tongue.

His diners, in St. Albans, a relatively wealthy commuter city north of London, got over their initial hesitancy, he insists, and the tongue, a less expensive cut of beef, became a popular choice. But this is how his menus are determined now — by cost.

Meat prices, Mr. Hughes said, are up by a third. A 20-liter container of grapeseed oil has increased to 38 British pounds (about $48) from £14. Breweries are raising beer prices. Wage costs have increased 20 percent as he strives to keep hold of staff in a competitive market. At the same time, he’s trying to keep prices on the menu steady.

“It’s a very, very, very delicate balancing act at the moment,” Mr. Hughes said. “It’s definitely not some kind of boom recovery that we were all hoping for.”

Instead Britain is staring down the specter of stagflation, a ruinous mix of stagnant economic growth and rapid inflation. A Conservative lawmaker first used the word in Parliament in 1965, and it was a chilling warning of what was to come over the next two decades: Unemployment rose and inflation climbed into double digits amid workers’ strikes and political instability. Ever since, the grim economy of the 1970s and the prospects of stagflation’s returning have haunted Britain’s political leaders.

While there aren’t strong unions pushing up wages across the country or rising ranks of unemployed people as there were in the 1970s, there are just enough flickers of stagflation to cause alarm.

Britain is experiencing the fastest pace in consumer price growth in four decades, with a 9 percent inflation rate. Economic growth ground to a halt in February and then contracted slightly in March. The situation is expected to worsen: Inflation will peak above 10 percent this year and the economy will contract next year, the Bank of England forecasts.

Businesses see trouble ahead, and are trying to dial back expenses. Mr. Hughes keeps his pub closed an extra day a week to save on energy costs and wages. And this is before the worst of the price increases hit. He has been insulated from soaring gas and electricity prices by a fixed contract, but expects his energy costs to rise in November to £48,000 a year from £19,000. At his other pub, The Boot, a stone’s throw away in St. Albans, energy costs will triple.

“Energy prices increasing affects absolutely every single aspect of the business, so there’s no getting away from it,” Mr. Hughes said. At the same time, he’s worried about the rising household bills his customers have to pay. “People are going to have to save that money,” he said.

Across the hospitality industry, demand hasn’t dropped off as quickly as might have been expected, said Kate Nicholls, the chief executive of UKHospitality, a lobby group that has been pushing for a return to lower value added tax (V.A.T.) rates, a type of sales tax. The worst, she predicts, will come after the summer. But what plagues businesses is the uncertainty.

“Many people have not lived or worked through a high inflation environment, and we just don’t know, therefore, what the impact will be,” Ms. Nicholls said. It’s unclear whether consumers will “react very strongly” with fear or keep up some spending, she said.

“We are acutely exposed to the European energy price shock, and, like the U.S., we have a tight labor market,” Rishi Sunak, the chancellor of the Exchequer, told lawmakers late last month.

A British government cap on household energy bills is reset every six months, and in October it is expected to increase by £800, to £2,800 a year, as households belatedly pay for the recent increase in oil and gas costs. The jump is almost as large as the increase that happened in April. (The cap doesn’t apply to businesses’ energy bills.)

While statisticians say most of the acceleration in inflation can be attributed to energy, above-average price increases are spreading to more goods and services. Many cost increases for businesses haven’t yet been passed on to consumers because there is a lag, said Tera Allas, director of research and economics at McKinsey’s Britain and Ireland office and a former economist in the civil service.

“There still is a lot of momentum to go before all of those business-to-business prices turn into consumer prices,” she said.

Britain’s tight labor market is also stoking inflationary pressures. For the first time, there are more job vacancies than people looking for work. This is pushing up wages — not enough to keep up with inflation but enough to trouble central bankers. At the Bank of England, officials have been surprised by the scale and persistence of the drop in the size of the labor force since the start of the pandemic, as long-term sickness keeps hundreds of thousands out of work.

Running beneath all of this is Brexit. A large European labor pool is no longer easily accessible, or as interested in working in Britain. During the pandemic, encouraged by lockdowns, more European Union citizens have left Britain than arrived. Companies that import goods from the continental bloc have complained that extra red tape is increasing their costs, while economists at the London School of Economics say the divorce with the European Union has pushed food prices up 6 percent.

Adam Posen and Lucas Rengifo-Keller of the Peterson Institute for International Economics in Washington single out Brexit as the reason that Britain has a higher core inflation rate, which strips out the initial impact of volatile food and energy prices, than other major European economies, including Germany, France and Italy.

By ending the free movement of people, and raising tariffs and other barriers to European trade, they argue, the British government “has created inflation.”

Businesses are now making complicated calculations about how high they can push their prices to compensate for their own rising costs without driving away customers. In April, taxes and energy bills increased for tens of millions of households, and a gauge of consumer confidence dropped to lows last seen during the global financial crisis of 2008.

Raindrops on Roses, a gift store in St. Albans, hasn’t been able to avoid increasing some of its prices. For example, the price of one brand of Cornish candles jumped 22 percent. Buyers at the shop, which gives its profits to a cancer charity, are for the first time worried about ending up with products that won’t sell.

“We are more cautious about the amount of stock we are ordering,’’ said Karolina Birsen, one of the managers. “Less spontaneous, more calculated.”

Disposable household incomes, once adjusted for inflation, are expected to drop 1.75 percent this year, according to the Bank of England. That would be the second-largest drop since records began in 1964, the bank said. Already there are signs consumer spending is losing momentum. Retail sales have been drifting lower since last summer. Throughout May, credit and debit card spending declined.

Donna Nichol opened Chloe James, a clothing shop in St. Albans, in 2010, when Britain was barely out of a recession, and has had plenty of experience running her business through adverse economic times. After the pandemic, she said, she felt she could cope with anything.

But in late May a serious test to her sense of invincibility emerged — a letter from her electricity provider. The price she would need to pay is about to more than double.

“I don’t think there’s anything I could do to cut costs,” Ms. Nichol said. During the pandemic, she switched her website host and trash collector and re-evaluated her phone company. “I’ve already been through that with a fine-tooth comb.”

In St. Albans, about 200 businesses use a WhatsApp group to support one another and share tips on how they can save money, such as swapping furniture and catering equipment. Mandy McNeil, the board director of the local Business Improvement District, which provides marketing and lobbying, said some retail and hospitality businesses had told her that they had seen a 20 percent drop in earnings recently.

“We’ve now got a cliff edge for some” because of rising energy and other costs, Ms. McNeil said.

The Treasury swooped in last month with £15 billion in support for households after mounting pressure from opposition politicians and economists. Every household will get £400 off their bills in October, and millions of people living on low incomes or retirees receiving government aid or people on disability payments will receive several hundred pounds more this year.

Even with that government aid in mind, Andrew Goodwin, the chief Britain economist at Oxford Economics, expects consumer spending will slump in the second half of the year. But the country should avoid a recession, he said, and next year his outlook tentatively improves.

“This isn’t a high-inflation era,” he said. “High inflation is temporary,” he added, because it is likely to dampen demand and slow the economy.

In the meantime, businesses are trying to traverse this inflationary period, unsure about whether the government payments, households savings or a broad desire to enjoy post-lockdown life will be enough to support them through prices increases that haven’t been seen in a generation.

For companies with high energy needs, such as hospitality businesses running busy kitchens, “we’re going to see big problems heading into the new year unless we get some massive reform,” said Mr. Hughes, who supports a V.A.T. cut.

Mon Jun 13 , 2022
A guide is on offer to help volunteer organisations design supportive volunteering roles for people with health and social care needs that may be referred through social prescribing. 7 steps to wellbeing through volunteering: How to link to social prescribing is published by the National Academy for Social Prescribing [NASP] […] 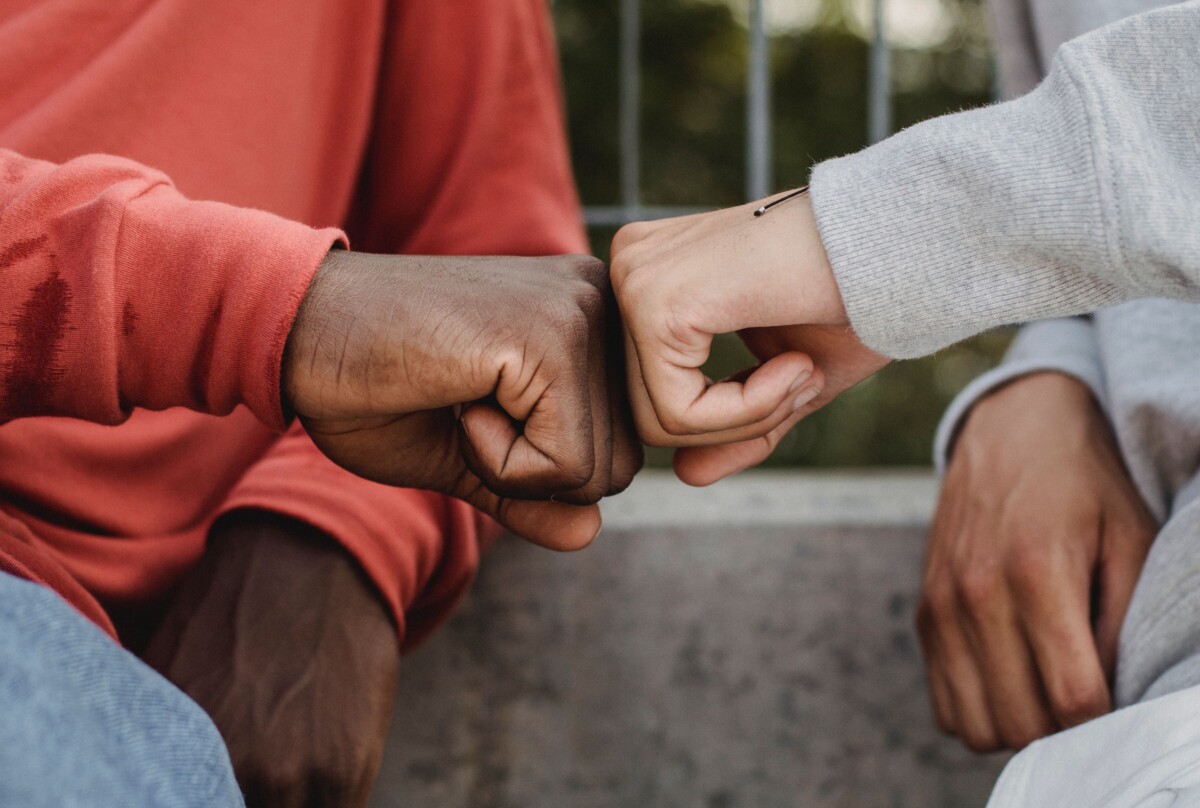