GOP candidate and local businesswoman Rhonda Rebman Lopez topped a five-person field in fundraising last month, when she collected close to $64,000 in her bid to unseat Republican Rep. Jim Mooney in House District 120.

Her gains came through a blend of personal, corporate and organizational contributions, as well as some help from her family and employer. Rebman Lopez donated more than $2,000 to herself and received $1,000 apiece from her husband, Jorge Lopez, and sons Ben and Noah Lopez.

Her mother, retired teacher Vera Rebman, gave $1,000, as did PECO International Electric Inc., a Miami-based company Rebman Lopez’s husband has led since 2009 and for which she works as director of international sales.

She also received a combined $2,000 from Anka Warehouses, a company registered under Jorge Lopez’s name, and 33 Baker Trust, which is registered to the couple.

In total, about 80 people donated to Rebman Lopez’s campaign in April with checks ranging from $10 to a $5,000 contribution she received through her political committee, Advocates for Florida Keys Protection, from Jim McCarthy III, president and CEO of Tom Thumb Food Stores.

More than half the checks she received were for $500 or $1,000, her campaign account shows.

A member of the Monroe County Republican Executive Committee and Republican National Hispanic Assembly of Miami-Dade County, Rebman Lopez is again challenging Moody, whom she lost to in the 2020 Primary by just 148 votes.

In September, he was among several Monroe residents who applied to replace late County Commissioner Mike Forster — a job that ultimately went to Republican former Rep. Holly Raschein.

She’s running for HD 120 again this year because Mooney “has not shown the enthusiasm and attention to detail that we the constituents need,” she asserted, adding, “We need engaged and active leadership, especially in District 120.

Mooney, who is looking to make that margin of victory far larger this year, amassed $60,500 in April through his campaign account and political committee, Friends of Jim Mooney. The haul brought his total fundraising to nearly $197,000 since November 2020.

Renner endorsed Mooney for re-election April 12. Miami Rep. Daniel Perez and Fleming Island Rep. Sam Garrison — who are on track to be House Speaker in 2024 and 2026, respectively — have also backed Mooney this year.

Islamorada-based marine mammal park Theater of the Sea gave $1,000. So did its owner, P.F. McKenney Jr.

Mooney spent just over $1,000, almost all of it on “financial consulting” from Tallahassee-based Republican political fundraising firm Capital Resources.

According to his most recent campaign reports, Allen has raised just $150 since filing to run in December. So far, he hasn’t spent a cent.

Meanwhile on the Democratic side of the race, self-described “anti-corruption lawyer” Adam Gentle raised close to $20,000 in April while still eschewing all corporate donations in favor of a grassroots campaign.

By the end of the month, Gentle held $70,000 of the $83,000 added to his campaign coffers since January, when he dropped his bid to unseat U.S. Rep. Marío Díaz-Balart in Florida’s 25th Congressional District to instead run for HD 120.

Some 90 people donated to Gentle’s campaign in April through checks as low as $2. Most were for $50 or less.

Gentle’s largest single-source gain was a $5,000 contribution from Mark Bader, who is listed as a construction professional from Alma, Missouri, on the ledger of Gentle’s political committee, Adam for Democracy PC.

The committee also listed a $2,500 donation from Miami-based product manager Alejandro Diaz, Gentle’s only other contribution in April that exceeded $1,000.

Of note, former U.S. Rep. Donna Shalala, who served as secretary of the U.S. Department of Health and Human Services under President Bill Clinton, gave Gentle $500.

Another $1,000 or so paid for various campaign costs, including database management and checks. The remainder covered merchant fees for several campaign donation platforms.

“With less than four months until the election, our campaign is working harder than ever as we organize grassroots events, go door-to-door and engage with more voters every day,” Gentle said.

“Our community is ready for change, for a public servant with a new vision and fresh ideas, not more politics as usual with the same politicians every election. Our fundraising numbers show our message is resonating with voters.”

His Primary opponent, Dan Horton-Diaz, raised a comparably paltry $6,000. In lieu of funds, he gathered a wave of endorsements, the most recent of which was a nod from a local chapter of the International Brotherhood of Teamsters, Teamsters Local 769, which represents multiple labor groups in Monroe County and south Miami-Dade.

Horton-Diaz, who won the 2016 Democratic nomination for HD 120 but lost to Raschein in the General Election, has raised nearly $63,000 since filing to run again for the district in January. That includes a $16,000 self-loan.

He still has about $54,000, according to his most recent campaign fundraising report.

More than 30 people donated to Horton-Diaz’s campaign last month. Personal checks came in as low as $20.

He received one donation for $1,000 from lawyer Leyza Blanco, a litigator and shareholder with Miami-based firm Sequor Law.

He also got $500 from Key Largo restaurant management company Schooner Seafoods Management, $250 from Story of My Life Investments Inc. — a company for which there is little information online except a note that the business donated $500 to Horton-Diaz’s 2020 campaign for state Senate — and $150 from Homestead-based plant nursery Going Bananas Inc.

He spent more than $2,000, the preponderance of which went to Homestead-based consultant Alfred Patino. The rest covered various campaign costs, payment processing and upkeep.

Horton-Diaz, a lawyer by training and former top-ranked staffer for Sen. Annette Taddeo and former U.S. Rep. Debbie Mucarsel-Powell, lived in pre-redistricting HD 120 for years. However, a new district map the Legislature OK’d in early February places him just outside the district, in House District 115.

He confirmed so with Florida Politics late last month but said he is now house shopping. He’ll move back into HD 120, he said, “most likely in August or September.”

A Los Angeles-to-Monroe County transplant, Gentle has lived about 10 miles north of Key West for close to a year. In March, he received an endorsement from LBGTQ Victory Fund, which bills itself as “the only national organization dedicated to electing openly LGBTQ people” to public office.

HD 120 covers Miami-Dade’s southernmost portion and all of Monroe, which encompasses the Florida Keys.

Candidates had a May 10 deadline to report all campaign finance activity through the end of April.

Sat May 28 , 2022
CEO of TREW Marketing. Author of Content Marketing, Engineered. Podcast host. Helps technical companies build trust and grow their business. Getty Year after year, research shows that online information sources are the dominant “go to” for technical buyers researching a solution for a business purchase. Knowing this, many marketers get […] 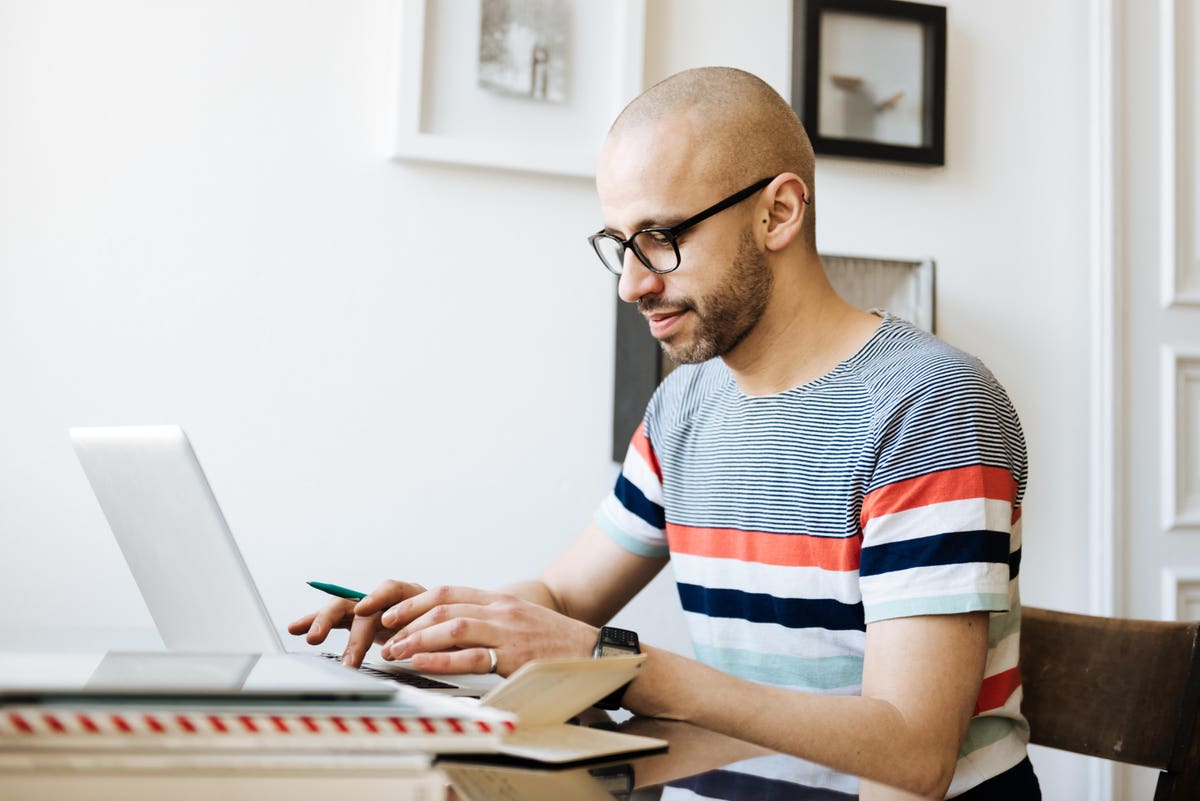