For Jo Boaler, Professor of Mathematics Education at the Stanford Graduate School of Education, criticism can be a touchy subject. In 2006, she actually left her post for multiple years after a mathematician, James Milgram, exposed the shoddy methodologies she used in her work. She returned to Stanford in 2010, and since then, her influence on public education policy in the United States — particularly in California — has grown considerably.

Recently, she has served as one of the authors of the California Math Framework (CMF), a document that will set the direction of math education for California’s millions of students for years to come. As Editor Emeritus Maxwell Meyer ‘22 wrote in Pirate Wires, the CMF is loaded with nonsense. Among other things, the CMF criticizes the “rush to calculus” and even the offering of algebra in middle school, which has been standard for decades. The CMF further promotes the use of several labor-union themed mathematics lessons, in which eighth-grade students are taught to advocate for a “living wage” and actually learn from union activists in the classroom.

One of the more controversial ideas propagated in the CMF is Boaler’s assertion that gifted children are a “myth.” The CMF says, in its opening pages: “We reject ideas of natural gifts and talents.” And the policies it sets forth reflect this position: it is an outright attack on high-standards math.

Not surprisingly, then, the CMF has produced a strong backlash in California, especially among mathematics professors, Asian-Americans, and even some progressive politicians like Rep. Ro Khanna, who represents much of Silicon Valley in Congress. Several Stanford professors have published their own response to the framework; petitions have garnered thousands of signatures from professors across the country.

One person who criticized Boaler quite strongly was Jelani Nelson, a CS/EE professor at Berkeley. His criticism was twofold: first, he criticized the CMF for having low standards; and second, he exposed Boaler’s $5,000/hour consulting fee charged to public school districts and questioned whether she was really doing right by minority students.

Today, April 5th, Prof. Nelson tweeted an email that he received from Boaler last Friday, April 1st, in which she suggests that she had contacted the police because of the posts.

Twitter has since removed several of the posts, which Boaler accused Nelson of using to share “private details” about her. To the contrary, these were public records taken directly from the website of the Oxnard School District. Those records expose that Boaler charged tens of thousands of dollars to public schools in California, which makes censoring them a top priority.

Read the full email from Boaler to Nelson below:

So, in case you’re thinking of criticizing Prof. Boaler, a few reminders based on her message to Prof. Nelson:

Nelson, for his part, fired back at Boaler on Twitter, saying: “It is horrifying that the CMF claiming to uplift black children was co-authored by a person who finds police intimidation against blacks acceptable. I encourage concerned alumni and members of the Stanford community to express your concern to the university administration.”

As a matter of principle, we don’t believe in administrative action against professors, even for sketchy actions like this; we only wish Boaler believed the same. After all, it is the same First Amendment and academic freedom that protect her rights to a public tantrum as Nelson’s right (and ours) to criticize her. And for what it’s worth, we find no evidence that Boaler brought the police into the situation because of Nelson’s race, as he suggests. Her long history of responding poorly to criticism shows that she is an equal-opportunity critic basher.

Here’s the reality: Boaler has been exposed over the past year as a charlatan whose ideas are not only disastrous for children, but a political liability for left-wing politicians in California who need parents to keep voting for them. And now, she has been exposed as a rent seeker and a cheap scammer, and is lashing out at the person who posted the evidence.

Boaler’s sad attempt at censorship has already failed, but we want to make sure it really fails, so we’re republishing the evidence here, all public records from the OSD Board.

First is the original contract that Boaler signed with the Oxnard School District in November 2020, in which she agreed to provide eight hours of consultation across four sessions at a rate of $5,000 per session ($20,000 total)

Maybe the sickest part of the whole affair is that the OSD contract was paid with a block grant designated for “Low Performing Student[s]”. How could it possibly benefit low-performing students to fork over twenty grand – and then double it! – to Jo Boaler for a few Zoom calls? Unfortunately, this is just the status quo in California. As long as you present as woke, you can siphon money intended to help struggling students and the State will nod its head.

Here are some shocking numbers that demonstrate just what a scam this is:

At this rate, California high schools will be compelled to cut calculus with or without the new framework – after Boaler is done collecting her consulting fees, there won’t be any money left to pay the teachers!

As a result of Boaler’s attempt to suppress the evidence of her grift via intimidation and legal threats against other academics, the Stanford Review believes that it is our job as an independent campus newspaper to step up. Accordingly, we will be investigating how many other public school districts Professor Boaler has fleeced in the same manner as Oxnard. Just how much taxpayer money has she amassed for herself in the name of helping California school children? We’re going to find out and report it fully; and like Prof. Nelson, we won’t be deterred by threats of police action.

Wed Apr 20 , 2022
JPMorgan Chase & Co. (JPM), the largest U.S. bank by assets, is the first among a lineup of mega banks to unveil first quarter results this week as earnings season kicks off. The company has been a strong outperformer in the banking sector, which lagged the broader market meaningfully this […] 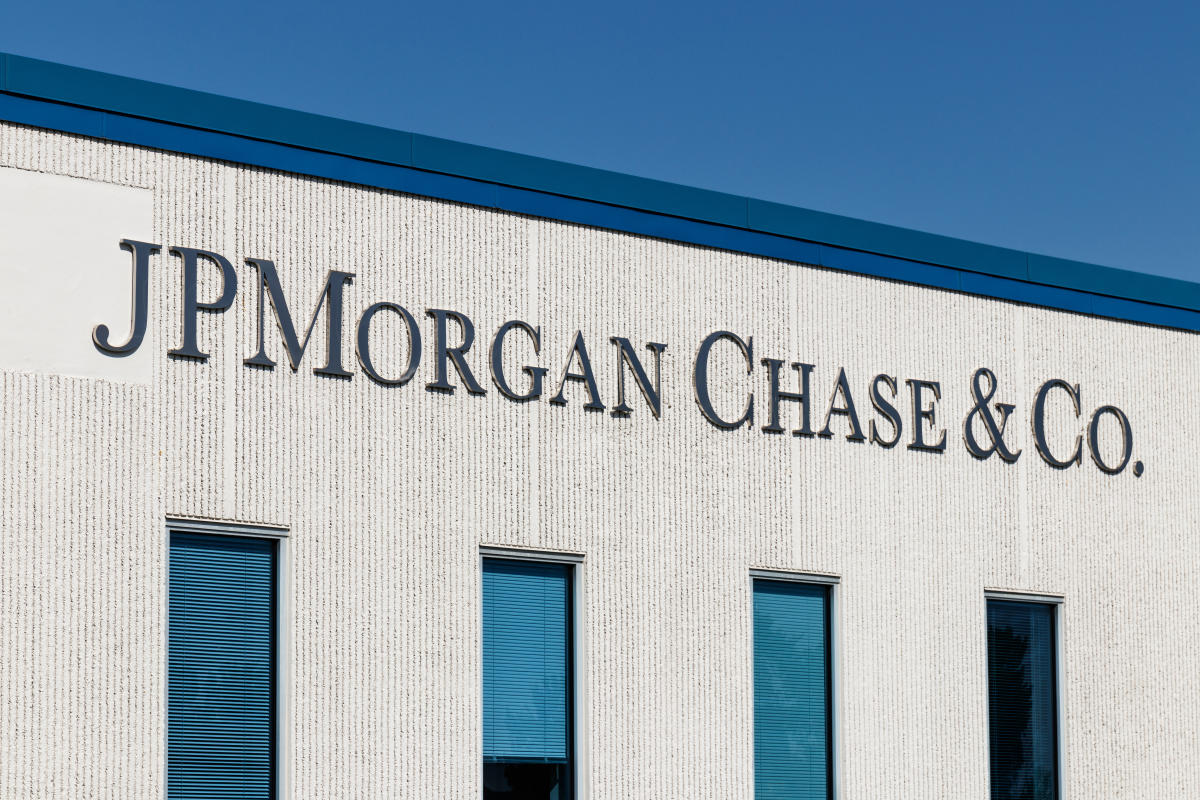