Covid-related absences are creating headaches for businesses that were struggling to hire workers even before Omicron. Restaurants and retail stores have cut back hours. Broadway shows called off performances. Airlines canceled thousands of flights over the holidays because so many crew members called in sick; on one day last month, nearly a third of United Airlines workers at Newark Liberty International Airport, a major hub, called in sick.

Understand Inflation in the U.S.

At Designer Paws Salon, a pet grooming company with two locations in the Columbus, Ohio, area, business has been strong in recent months, thanks in part to a pandemic boom in pet ownership. But Misty Gieczys, the company’s founder and chief executive, has been struggling to fill 11 positions despite generous benefits and pay that can reach $95,000 a year in commissions and tips.

Omicron has only made things worse, she said. Since Christmas, she has received only three job applications, and just one applicant got back to her after she reached out. Then Ms. Gieczys, who has two young daughters, got Covid-19 herself for the second time, forcing her to stay home. That, on top of day care shutdowns because of the virus, has meant she has spent a significant amount of time away from work.

“If I wasn’t the owner, I think I would be fired, honestly,” she said.

But while the Omicron wave has contributed to businesses’ staffing woes, there is little sign so far that it has set back the job market recovery more generally. New filings for unemployment insurance have risen only modestly in recent weeks, suggesting that employers are holding on to their workers. Job postings on the career site Indeed have edged down only slightly from record highs.

“It’s a vast difference from 2020, where there were mass layoffs,” said Jason Furman, a Harvard economist who was an adviser to President Barack Obama. “Now employers are holding on to people because they expect to be in business in a month.”

The new variant could make inflation worse (or maybe better).

When the pandemic began in early 2020, it was a shock to both supply and demand, as companies and their customers pulled back in the face of the virus.

With each successive wave, however, the impact on demand has gotten smaller. Businesses and consumers learned to adapt. Federal aid helped prop up people’s income. And more recently, the availability of vaccines and improved treatment options have made many people comfortable resuming more normal activities.

Wed Feb 2 , 2022
Students across the Cherry Creek School District saw the utter devastation caused by the Marshall fire, which hit Boulder County on Dec. 30. They saw neighborhoods much like their own burned to the ground. They saw children their age who were suddenly homeless. “After the tragedy struck, we felt like […] 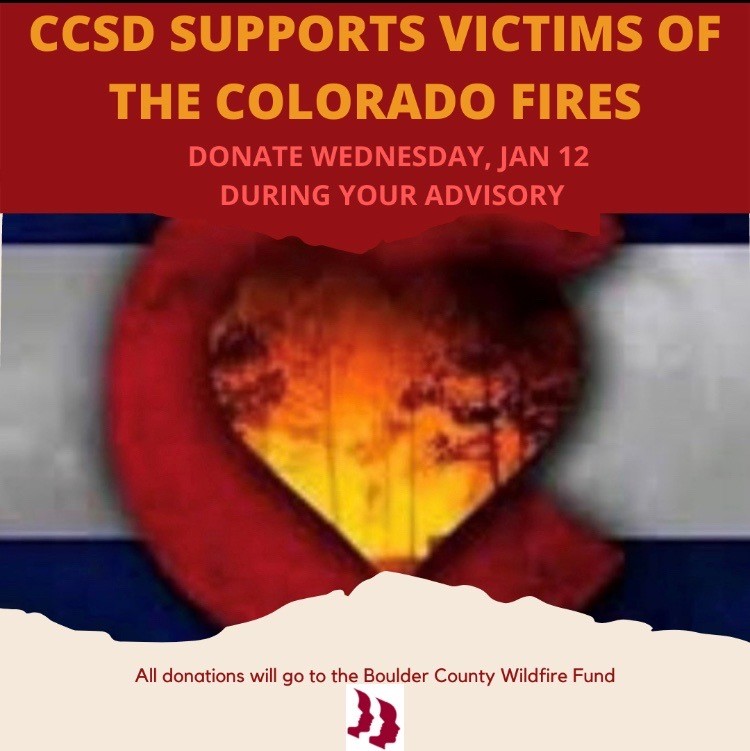