News of major enhancements to Google Wallet give a sense of the centrality of mobile payments and finance apps as digital shift phase two kicks in, revolving on mobile money.

It’s been a busy week in the mobile payments world as Google’s Wednesday (May 11) announcement of new features and functions for Google Wallet and Google Pay (GPay) app was one of several moves by app players to update experience and utility for 2022 and after.

PYMNTS research found that mobile apps are consumers’ most-used method of interacting with their accounts by 41% of surveyed banking customers, with branch banking favored by only 11%.

Get the study: The Brewing Battle for Where We Will Bank

“For a company like N26, which is completely mobile-based, the speed of its releases and updates into Apple and Android app stores and the quality of its security aren’t only a mobile problem; they can make or break their entire business,” a press release stated.

In addition to automating all mobile workflows expanding threat modeling and flaw detection, the release stated, Bitrise worked with N26 to launch N26 Smart, “its mid-tier subscription plan with advanced banking features; Income Sorter, a way for users to automatically save every time they get paid; Round Ups, which lets users save their spare change automatically; and Split the Bill, which enables users to split payments with family and friends directly from the app.”

Another regular on PYMNTS’ App Provider Rankings is finance app Current, which announced Tuesday the launch of its platform application programming interface (API) and a partnership with Plaid that will avail Current users of the app to Plaid’s ecosystem of 6,000 apps and open finance services.

Current teamed with Plaid for scale, as the latter is known for “integrations with more than 12,000 financial institutions, including neobanks and FinTechs,” according to a press release.

“Current members can now easily connect their account to thousands of other FinTech apps, including digital payments, financial planning and investment tools, on the Plaid network,” the release stated. “The rapid integration was made possible by Current’s API and leverages phone number and device authentication, which eliminates reliance on banking credentials from the ecosystem and provides a frictionless customer experience.”

See also: Digital Banking App Provider Ranking Puts Some Aside for a Rainy Day, With 15 Apps in the Top 10

While personal finance apps are seeking their own level through differentiation strategies, many banks and financial institutions (FIs) are rapidly revamping to retain customers.

Earlier this year, neobank SoFi acquired banking software company Technisys to beef up its app offering, with SoFi CEO Anthony Noto saying, “Technisys has built an attractive, fast-growth business with a unique and critical strategic technology that all leading financial services companies will need in order to keep pace with digital innovation.”

According to the May Digital-First Banking Tracker, a PYMNTS and NCR collaboration, 86% of U.S. consumers are satisfied with their banks. That’s the good news.

However, “a significant number are increasingly open to working with new providers, including FinTech companies and other nonbank providers. More than one quarter — 28% — of other survey respondents listed ‘switching to a different bank’ as part of their plan to improve their financial well-being.”

For context on the scope of this trend, he Digital-First Banking Tracker noted that 78% of Canadian customers are banking overwhelmingly via digital, “with 89% reporting using online banking in the last year and 65% of Canadians turning to mobile-based apps in 2021. In addition, 75% said they will keep using these new digital tools.”

In a pointy point, the Tracker added, “post-pandemic reality is that the mobile phone is the new bank, and unless FIs forge strategic technology partnerships to quickly and easily implement new digital payment tools that offer consumers the speed, flexibility and convenience they want, their customers will not hesitate to walk away and find providers that will.”

Get the Tracker: Digital-First Banking Tracker

About: Shoppers who have store cards use them for 87% of all eligible purchases — but this doesn’t mean retailers should boot buy now, pay later (BNPL) options from checkout. The Truth About BNPL And Store Cards, a PYMNTS and PayPal collaboration, surveys 2,161 consumers to find out why providing both BNPL and store cards are key to helping merchants maximize conversion.

Mon May 16 , 2022
Andrey Stavnitser is using his logistics expertise to co-ordinate aid convoys © Ada Saniewska When Russia launched its invasion of Ukraine in February, Andrey Stavnitser, head of a shipping terminal group, assessed his options. Moscow’s bombing campaign, combined with the blockade of ports and the laying of mines, suddenly made […] 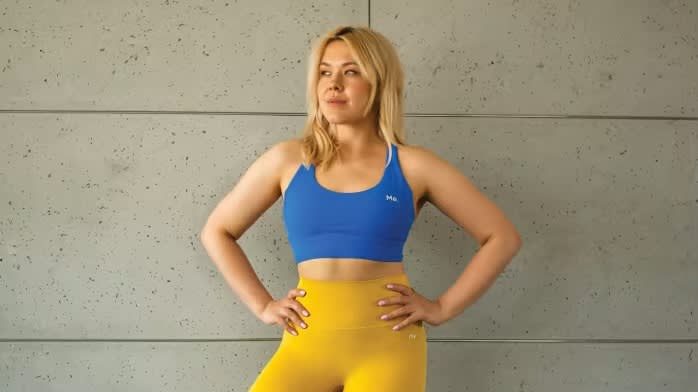