This winter, many schools have been participating in fundraising opportunities to give back to their schools and their community.

Summit Academy High School in Bluffdale has been holding its Bears Give Back, an annual fundraiser, since the school opened in 2010. Throughout the year students perform several service projects such as giving winter wear to those in need, providing snacks to health care workers and supporting Be the Match, encouraging people to register to donate bone marrow or blood stem cells.

They also select a non-profit organization to support every winter. This year, the student body of 525 students were supporting the Leukemia Research Foundation, selected in part because a former athletic director is going through cancer treatments, said Principal Angela Grimmer.

She said that $8,000 had already been raised by Dec. 2, a month after the fundraising began. They planned to wrap it up before winter break and give the funds to the foundation in January.

This year, there have been questions that have arisen in regards to social media, starting with a post that was up for a couple hours before a teacher notified the principal and it was immediately taken down, said Summit Academy Executive Director Michael Clark.

Posted on the school’s Instagram account was a cartoon depiction of a Black male behind bars, indicating students could pay $5 to put a classmate in “jail” and $7 to get the classmate out. “Jail” was a portion of the school cafeteria that was behind streamers portraying bars; participation was optional, Clark said. The money raised was put toward the fundraiser.

“Everyone at Summit Academy High School is welcome and we want everyone to feel welcome; It’s really unfortunate and really sad that it happened. We love all of our students and all of our community, and we would never want to alienate or make anyone feel bad. We truly believe in educating all students, no matter what your background is, no matter who you are,” Clark said.

The marketing campaign process has been reviewed and revised, Clark said.

It began with an opportunity to have a digital marketing and media student apply his learning to a real-life fundraising event. Clark said the student quickly searched “cartoon jail image,” and used one of the first images that popped up to complete the assignment for the post about the school lunch fundraiser. A teacher — “he didn’t consider the implications of it” — signed off on it before being posted, Clark said.

“The teacher took that opportunity to really drill that into the class and help them to understand that when we create an advertisement, we need to look at it with a critical eye from all different perspectives and lenses to make sure we’re not hurting or alienating anyone,” he said.

Clark said there have been discussions with students, some who were unaware of the controversy since the post was put up and taken down during a school day.

“We just tried to help them to understand sometimes things like this happen and people are hurt, and we need to apologize and fix it, so it doesn’t happen again. It was a good learning experience for them,” he said.

Grimmer said that in the future, students will have that same experience that not only allows them to create social media posts, but also the fliers and videos for the school’s weekly announcements.

“We’re going to allow our students to keep doing that and create that,” she said. “The approval to actually be posted will come through me.”

The same rules regarding only principals posting on social media apply to all the Summit Academy campuses, Clark said.

In addition to the “jail,” students had other ways to contribute to the leukemia foundation, such as purchasing a muffin on Mondays, admission to a school dance, or students performing odd jobs in the community for donations to their fundraiser Although the student-driven idea was adapted from neighboring high schools and has been “pretty successful as they’ve been able to donate lots of money to different foundations and charities across Utah and across the country,” the “jail” idea won’t continue in the future, Clark said.

“We just discontinued it; sometimes these things, the political environment changes in the country, and so then these kinds of ideas kind of fade out,” he said. “We’re going to let the students come together and try to think of something else that’s creative and different.”

“I’ve also reached out to Utah Black Roundtable to see if they would come on campus with us and help us with some of these discussions,” Grimmer said. “Hopefully, we’ll be able to make some connections there and understand moving forward, how best we can be educational and be sensitive.”

Grimmer also said that she has had discussions with students about concerns and they’re wanting to organize a group to meet on the subject going forward.

“The one thing that is so fantastic about our students, and I think this comes from being a smaller school too, is they feel like they have the ability to really self-advocate and when they do things, they do not hesitate to come in and chat and start a group. We run so many diverse clubs to involve all of our students, so it’s always great to see student response,” she said. “This is really a good opportunity for us to learn and to reengage some efforts in new areas.”

Grimmer said that as more people and schools have learned about the post, there hasn’t been any negative response or schools wanting to disassociate with them.

Two area schools, Hillcrest High in Midvale and American Preparatory Academy in Draper, who both plan to proceed with their basketball games against Summit Academy, are also reviewing their fundraising methods and social media policies.

Hillcrest Principal Greg Leavitt said that while there are several ways students contribute to their fundraising of choice — this year the Rape, Abuse & Incest National Network — one of the popular ways is to bid on a date with a student body officer.

“Our biggest one is pay for a date and actually, we shut that down this year,” he said. “There’s just too many students who are not comfortable with that old-fashioned type of idea and we have a lot of minority students…and people who aren’t into that, so I told them they needed to think of another way. They could pay to go on a group activity with Hillcrest High School SBOs– and they’ve always done the date thing as a group anyway, but it’s just the way they say it makes it awkward for some students.”

It also takes away a popularity element, he said.

“It’s always surrounded with this kid will pay this much money for this student and they’ll only pay $10 for me. It just makes people feel awkward,” he said.

Leavitt said that the most active school social media account is the student body account, where student leaders will discuss with their adviser about what their message will say and look like before posting it. Early in the school year, they also had discussions ensuring that the posts are sensitive to the student body.

At American Preparatory Academy in Draper, communications director Dan Bazan said controls over their social media accounts are limited to himself and a select few others at each of the campuses.

“A lot of times when we see things like this happen in the culture, our goal is to help our students understand what’s going on, and using what we’ve already taught them,” he said. “Our goal is for them to already know that all students, all humans, have value. Everyone has value and so we have to respect it. The whole purpose of a classical education – is the flourishing of human rights and it’s to understand the differences.”

How to Level up Your Marketing Strategy in 2022

Sat Feb 5 , 2022
The year 2021 is fast drawing its curtains. Businesses are fast closing end-of-the-year deals and are applying finishing touches to their calendar for 2022. If you’ve not finished setting up your brand or business calendar for 2022, you might as well get started. With the advent of the Covid-19 pandemic, […] 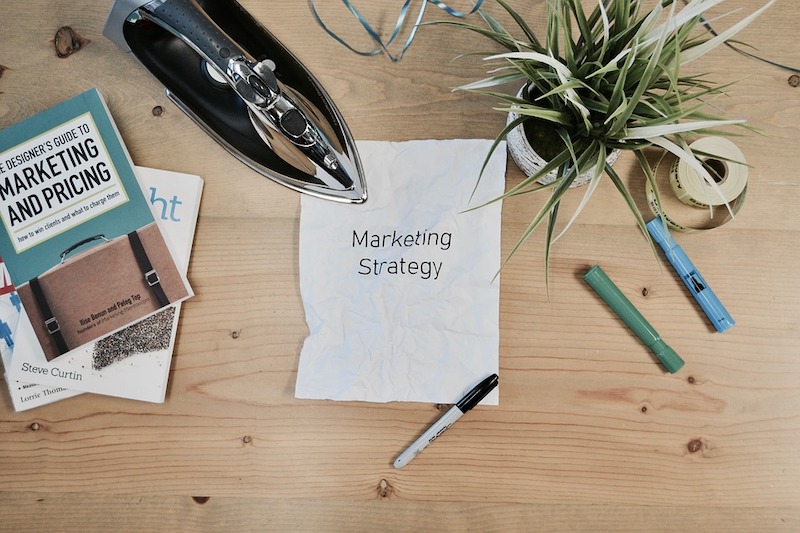