The hearing before a House committee is part of an ongoing probe into McKinsey’s role in the U.S. opioid crisis that has been linked to over 500,000 overdose deaths from both prescription pain medications and illicit drugs like fentanyl.

McKinsey’s top executive challenged some of the committee’s findings but said the company has overhauled how it does business and no longer works with opioid manufacturers, including OxyContin-maker Purdue Pharma.

“I’ve apologized for our work for Purdue and other opioid manufacturers and we fully recognize it fell short of our standards,” said Bob Sternfels in testimony before the House Oversight and Reform Committee. He said the company would continue cooperating with investigators.

Last year the consulting powerhouse agreed to pay $600 million to settle lawsuits over its work advising opioid makers, though it admitted no wrongdoing.

Lawmakers questioned Sternfels for three hours about revelations that his company allowed consultants working for Purdue Pharma to simultaneously advise the Food and Drug Administration, the agency tasked with overseeing drug safety.

“McKinsey was advising both the fox and the hen-house — and getting paid by both,” said Chairwoman Rep. Carolyn Maloney, D-N.Y. ”Clearly, McKinsey should not be setting strategy for both drug companies and the FDA.”

A preliminary report from the committee found 22 McKinsey consultants who worked for both the FDA and an opioid manufacturer over the span of a decade. The overlapping work included McKinsey staffers advising the FDA on overhauling its drug safety division, according to the committee’s review of thousands of company documents.

Massachusetts Attorney General Maura Healey, testifying remotely, said that her state’s own investigation into McKinsey uncovered emails recommending Purdue “band together” with other drugmakers in 2009 to “defend against strict treatment by the FDA.”

Sternfeld said McKinsey did not share FDA documents or intelligence with Purdue and said claims of information sharing were inaccurate.

He also testified that McKinsey was open with FDA about its pharmaceutical consulting work.

“We made very clear that we were working both with the industry and with opioids in particular,” Sternfeld said. FDA officials have previously stated they were aware of McKinsey’s pharmaceutical consulting.

Maloney and other Democrats repeatedly suggested McKinsey’s work may have violated federal contracting rules on disclosing potential conflicts of interest.

On Wednesday, Maloney introduced legislation that would tighten requirements for contractors to disclose potential conflicts. A bipartisan group of Senators previously introduced similar legislation in their chamber.

The committee’s Republicans spent most of their allotted time undercutting the relevance of the hearing, noting the vast majority of opioid overdoses are now caused by fentanyl and heroin, not prescription drugs. They urged tighter border security, noting nearly all illicit opioids enter the U.S. through the southern border.

“We have a new opioid crisis, folks, and it’s not from big pharma in the United States— it’s from the drug cartels who operate sites in Mexico,” said Rep. Byron Donalds, R-Florida.

House Democrats spotlighted several examples of McKinsey touting its FDA connections when soliciting consulting business from drugmakers. The company also submitted advice on dealing with the opioid epidemic to members of the Trump administration, according to the report. It’s unclear if the information had any effect on federal policy.

For decades, McKinsey has been the preeminent corporate consulting firm, advising many of the world’s biggest companies on strategy and operations. The company has also made inroads into government consulting, receiving nearly $1 billion in federal contracts.

The Oversight Committee scrutinized McKinsey’s work on three dozen FDA contracts worth more than $65 million, stretching from 2008 to 2021.

At a separate Senate hearing Tuesday, the head of FDA’s drug center director told lawmakers McKinsey’s work was about “organizational design and did not entail involvement in product regulation.” The agency currently has no contracts with McKinsey, she noted, and no new awards are expected while Congress investigates the firm.

The House report did not conclude that McKinsey’s FDA consulting resulted in lighter regulation of OxyContin or any other opioids.

For years the FDA has attempted to discourage doctors from overprescribing the drugs, mainly by adding starker warnings to their labeling. Prescriptions have fallen from their peak in 2012, but mainly due to new prescribing limits imposed by state and local governments, insurers and hospital systems. 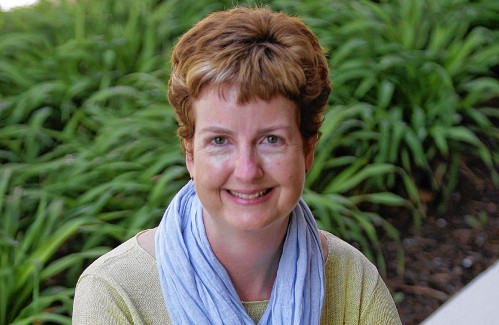