“When I first joined PMA, I spent time with Tom exploring opportunities for our then-respective associations to collaborate and bring greater value and voice to our industry. I saw his passion about the potential our community has in addressing the world’s biggest challenges, and this was definitely confirmed over the past 18 months as we partnered with volunteers to bring PMA and United Fresh together officially,” said IFPA Co-CEO Cathy Burns.  “Tom is a highly skilled and impactful executive who has spent almost 3 decades serving the fresh produce industry and I have a tremendous amount of respect for him. Serving IFPA with him has been a true partnership and I look forward to continued collaboration as he has agreed to stay on as an advisor and counsel to the IFPA team through the end of June.”

March 31 will mark a year since the two former Boards of Directors announced the merger plan to bring UFPA and PMA together on January 1, 2022.

“I’m pleased to begin this new consulting role to assist Cathy and IFPA, and will do everything I can to support our future success.  At the same time, I’m excited to begin a new career phase helping additional clients in our great industry drive their own success,” Stenzel said.  “Bringing together UFPA and PMA to better serve our industry has been a long-time goal and is a legacy that makes me very proud.  With a strong platform now in place, I truly believe it’s time for Cathy to lead our new association to ever greater heights,” he said.

During the next several months, Burns and Stenzel will work together to make the most effective transition, reaching out to stakeholders in government, the media and global partners in and outside of the produce and floral industries.

“It was just under a year ago that we shared our plan to bring together PMA and United Fresh to create a new association that would advocate, connect and guide the industry into the future,” said Bruce Taylor, CEO of Taylor Farms and Chair of the IFPA Board of Directors. “Tom’s leadership and vision during this time of transition, in addition to his decades long legacy in produce, has positioned our industry and IFPA to truly create a vibrant future for all.”

Stenzel and Burns had introduced the entire Executive Committee shortly after announcing that the two associations would come together. In addition to Taylor, PMA and United Fresh past chairs would serve on the committee.

“It has been an exciting time to serve the industry over the past year,” said past PMA Chair, and President and CEO of California Agricultural Leadership Foundation, Dwight Ferguson. “We set out to provide value and a unified voice for the industry, an effort strengthened by Tom’s commitment to putting members’ needs first. He is the epitome of an industry advocate.”

Danny Dumas, President at Courchesne Larose USA Inc. and Past Chair of United Fresh, was elected to his role in May of 2021, a few months after the new association was announced.

“In his 3 decades of service to our industry, Tom has created a vital community that serves as a solid foundation for IFPA and the industry to build on in the years to come,” said Dumas.  “I’m grateful for his passion and dedication to elevating the industry voice in Washington and beyond and I wish him the best as he transitions to serve the industry in new capacities. “

IFPA’s Burns to Take Over as CEO; Stenzel Moves to Consulting Role

Sun Mar 6 , 2022
Many commodity markets are experiencing unprecedented volatility and the corn, wheat, and soybean markets are no exception. Historic volatility continues to engulf prices and farmers are challenged to navigate through myriads of information while attempting to make good marketing decisions. You are a producer, and your goal is to produce […] 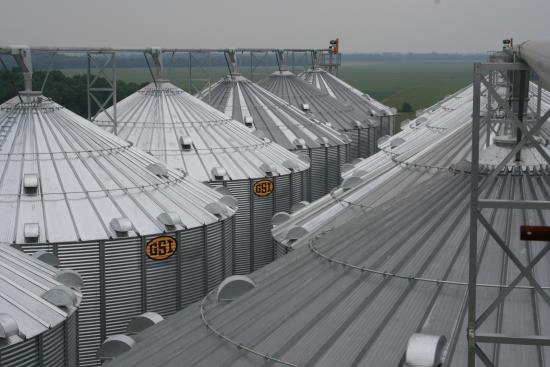