Michael and Mariah Swanson are the new co-managers of the Pipestone Country Club. The couple plans to expand the food and beverage offerings, create a full pro shop and hopefully draw more events to the venue. K. Kuphal

Michael and Mariah Swanson are the new co-managers of the Pipestone Country Club (PCC). The young newlyweds, both Pipestone natives and Pipestone Area Schools graduates, bring food and beverage experience and some new ideas to the PCC.

Mariah worked at the PCC last summer serving and bartending. Before that she worked in the food and beverage industry and nannied in Chicago, where the couple lived for about four years until last summer. While in Chicago, Mariah said she helped manage an Italian bistro called Caffe Rom and Molly’s Cupcakes, which won Cupcake Wars on the Food Network in 2009.

When the couple moved to Chicago, Michael was studying sports marketing at Columbia College Chicago. To help pay for school he started working at a restaurant called Italian Village. He worked behind the bar and had the opportunity to observe and get to know the restaurant’s wine director, or sommelier. The work interested him and he left Columbia College and went to Kendall College of Culinary Arts and Hospitality Management where he studied to become a sommelier and minored in culinary arts.

After he finished his education, Michael said, he worked for Chicago Cut Steakhouse, helped open a restaurant called Zaza Cucina and consulted for PRP Wine International.

Last summer, the Swansons decided to move back to Pipestone to be closer to family and friends and open their own food and beverage business in the area. Michael said they put their plans to open their own business on hold for now due to the cost of food and the real estate market.

Last fall, Michael started working as the sommelier/manager of the Country Club of Sioux Falls. He said he plans to keep working there as a consultant. Earlier this year, the couple said, the PCC Board reached out to them about managing the facility.

“It definitely took some negotiating, but we’re all in now,” Michael said. “We are all in.”

They assumed their new roles as co-managers in April.

“I would say my goal while doing this is, first of all, getting the public out here, so they know that this isn’t private and anybody can come out here, and just really elevating the bar and kitchen scene, or the restaurant part of it — just really getting people in here and making it another place in town for people to come eat and drink and have a fun time,” Mariah said.

Their plans include offering what Michael called a “more upscale” menu. They plan to have a soft launch of the new menu this month when league golf begins. Once the full menu is available, the kitchen will be open from 11 a.m. to 9 p.m. every day. They also plan to offer a new food delivery option.

If the restaurant part of the business goes well, the Swansons said they might keep it open year round. At the very least, they’d like to have some weekend hours during the winter.

Michael plans to put his sommelier skills to work by offering a full wine list of 13 wines that he has selected. The Swansons also plan to offer craft cocktails such as cosmopolitans, Manhattans and old fashioneds.

The new managers are also hoping to hold more events at the PCC. That includes special menus for holidays, starting with Mother’s Day on Sunday, May 8, and possibly brunch on the weekends, as well as larger events such as parties and wedding receptions. The Swansons held their wedding reception at the PCC on New Year’s Eve.

On the golf side of the business, the couple plans to create a full pro shop with golf balls, golf clubs, golf bags, hats, hoodies, T-shirts, jackets, coolers and more.

Fri May 13 , 2022
During a recent chat with Chris Van Vliet on Insight, former WWE Superstar Ember Moon revealed that members of NXT 2.0’s female roster attended meetings in which they were advised to wear more revealing gear. “We would have to sit through stupid meetings about how we’d have to dress sexy,” […] 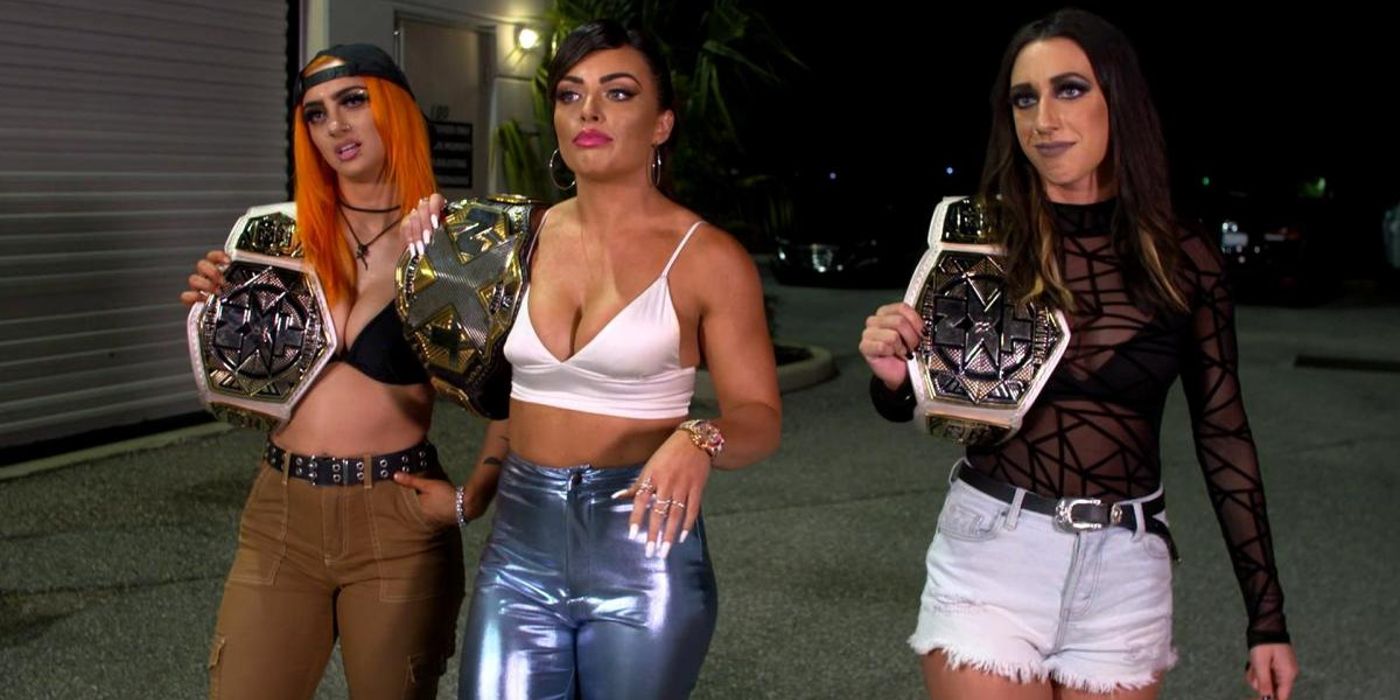 Bowman Consulting Group (NASDAQ:BWMN – Get Rating) announced its quarterly earnings data on Wednesday. The company reported $0.12 EPS for the quarter, topping the consensus estimate of ($0.03) by $0.15, MarketWatch Earnings reports. Bowman Consulting Group had a net margin of 0.07% and a return on equity of 2.54%. During […]

How Corporate Risk Management is Changing