ALBERT LEA, Minn. (KTTC) – The Humane Society of Freeborn County is asking for help with monetary donations in order to stay afloat and increase services.

The shelter started in 1976 and has since found homes for thousands of animals. The nonprofit runs mostly on donations. The last two years have been difficult for it due to the COVID-19 pandemic.

Shelter director Christa Deboer said in 2020, the shelter saw a near record amount of animals being adopted as people started staying home. However, she said when veterinarian offices closed, people weren’t able to get their animals spayed or neutered, so in 2021, they saw an influx of kittens and puppies.

Deboer said they are very grateful for the steady monetary donations that people already give to them every month, but she is hoping other people will follow suit.

“We’re looking for people who want to give ten dollars out of their check each week,” she said. “We’re looking for a more consistent type of funding, a little more stability. So, if people could help, say, hey I am going to send $50 every month to the humane society, that would be great.”

The Humane Society of Freeborn County is located in the building that used to be the city dog pound. Animals not claimed from the pound would usually be euthanized after seven days. When the humane society took over the building in 2009, it contracted with the city to house the dogs picked up by animal control and turned the building into a no-kill shelter, and instead turned it into a resource center for animals.

“A lot of our resources are going toward vet costs,” Deboer said. “We are actively trying to work on a program where people who can’t afford to get their cats spayed or neutered can take them to us and we can do it free of charge. We are trying to do more to help the community.”

Deboer said despite some rumors going around, the shelter will not turn into a kill shelter if they can’t get enough funding.

“This isn’t a doomsday type thing,” she said. “We are trying to increase the programs we do for the community. We will not go back to a kill shelter. We will do everything in our power to not let that happen. The city of Albert Lea will be willing to work with us. We just need a long term plan.”

She said they are working on brainstorming other fundraising ideas, like possibly partnering with local businesses to see if any of them would be interested in pledging monthly donations.

The 2021 statistics for the shelter were as follows:

-378 cats were taken in custody

-113 dogs were taken in custody

To learn more or to donate, visit The Humane Society of Freeborn County’s website.

Sun Apr 3 , 2022
As workers at an Amazon warehouse in Staten Island prepared to vote on whether or not to unionize, the multinational corporation, which generated a record $470 billion in revenue last year, has been ratcheting up their anti-union messaging. Workers and organizers THE CITY spoke with have reported mandatory meetings with […] 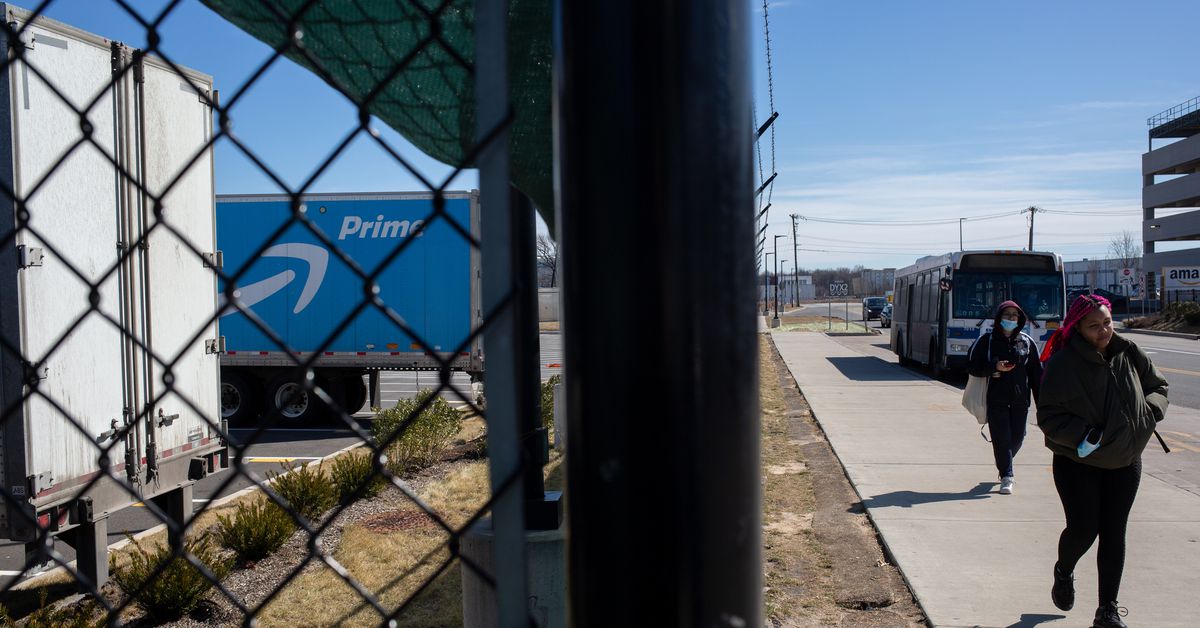