Following a tumultuous week for the markets, Wall Street will pause on Monday to mark the Juneteenth holiday.

There will be no trading in stocks as U.S. equity markets will be closed.

The U.S. bond market is also closed, so no trading in Treasuries.

A trader works on the floor of the New York Stock Exchange (NYSE) in New York after a rough week for the markets.  (Michael Nagle/Bloomberg via Getty Images / Getty Images)

Stock futures will trade on an abbreviated schedule. They will trade until 1:00 p.m. ET.

Metal and energy futures will trade until 2:30 p.m. ET.

Oil prices tumbled about 6% to a four-week low on Friday on concerns demand will slump as interest rate hikes by central banks will slow the economy.

Wall Street closed out its most punishing week since the 2020 coronavirus crash with a day of trading Friday that left it a bit higher.

For the week, the S&P 500 lost 5.8% for its tenth drop in the last 11 weeks. That’s its worst week since March 2020, when stocks were in free-fall as the global economy suddenly shut down at the onset of the pandemic.

The S&P 500 remains in a bear market after it earlier this week dropped more than 20% below its record. It’s now 23.4% below its all-time high set in January and is back to where it was in late 2020.

POWELL PLEDGES THE FED IS ‘ACUTELY FOCUSED’ ON TACKLING INFLATION

On Wednesday, the Fed hiked its key short-term interest rate by triple the usual amount for its biggest increase since 1994. It could consider another such mega-hike at its next meeting in July, but Fed Chair Jerome Powell said increases of three-quarters of a percentage point would not be common.

A highlight for the coming week will be Powell testifying before Congress on monetary policy. The testimony is scheduled for Wednesday and Thursday, which could mean more steep swings for Wall Street.

The Associated Press contributed to this report

Tue Sep 20 , 2022
If you own or manage a small or midsize business in the manufacturing industry, you’re likely looking for ways to improve your digital marketing strategy. After all, digital channels such as email marketing, social media, and website design are more important than ever and a major component of a healthy […] 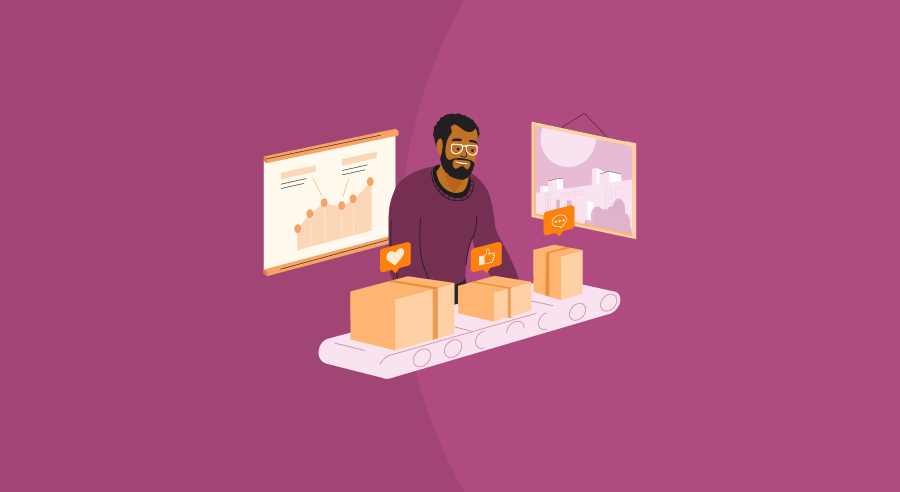