Russia’s invasion of Ukraine could have economic repercussions globally and in the United States, ramping up uncertainty, roiling commodity markets and potentially pushing up inflation as gas and food prices rise around the world.

Russia is a major producer of oil and natural gas, and the geopolitical conflict has sent prices of both sharply higher in recent weeks. It is also the world’s largest wheat exporter, and is a major food supplier to Europe.

The United States imports relatively little directly from Russia, but a commodities crunch caused by a conflict could have knock-on effects that at least temporarily drive up prices for raw materials and finished goods when much of the world, including the United States, is experiencing rapid inflation.

Global unrest could also spook American consumers, prompting them to cut back on spending and other economic activity. If the slowdown were to become severe, it could make it harder for the Federal Reserve, which is planning to raise interest rates in March, to decide how quickly and how aggressively to increase borrowing costs. Central bankers noted in minutes from their most recent meeting that geopolitical risks “could cause increases in global energy prices or exacerbate global supply shortages,” but also that they were a risk to the outlook for growth.

The magnitude of the potential economic fallout is unclear, but a foreign conflict could further delay a return to normalcy after two years in which the coronavirus pandemic has buffeted both the global and U.S. economies. American consumers are already contending with quickly rising prices, businesses are trying to navigate roiled supply chains and people report feeling pessimistic about their financial outlooks despite strong economic growth.

“The level of economic uncertainty is going to rise, which is going to be negative for households and firms,” said Maurice Obstfeld, a senior fellow at the Peterson Institute for International Economics. He noted that the effect would be felt most acutely in Europe and to a lesser degree in the United States.

A major and immediate economic implication of a showdown in Eastern Europe ties back to oil and gas. Russia produces 10 million barrels of oil a day, roughly 10 percent of global demand, and is Europe’s largest supplier of natural gas, which is used to fuel power plants and provide heat to homes and businesses.

The United States imports comparatively little Russian oil, but energy commodity markets are global, meaning a change in prices in one part of the world influences how much people pay for energy elsewhere.

The price of oil jumped as high as $105 a barrel on Thursday. If oil increases to $120 per barrel by the end of February, past the $95 mark it hovered around last week, inflation as measured by the Consumer Price Index could climb close to 9 percent in the next couple months, instead of a currently projected peak of a little below 8 percent, said Alan Detmeister, an economist at UBS who formerly led the prices and wages section at the Fed.

The $120-a-barrel mark for oil is a reasonable estimate of how high prices could go, said Patrick De Haan, head of petroleum analysis at GasBuddy. That would translate to roughly $4 per gallon at the pump on average, he said.

It might be difficult to determine how much of the change in energy prices is attributable to the invasion. Omair Sharif at Inflation Insights noted that oil and gas prices had already been going up this year.

“I don’t know when you want to start the clock on Ukraine becoming a major headline,” Mr. Sharif said. Plus, from an American inflation perspective, how much the conflict matters “all depends on how much the United States gets involved.”

Oil may be the major story when it comes to the inflationary effects of a Russian conflict, but it is not the only one. Ukraine is also a significant producer of uranium, titanium, iron ore, steel and ammonia, and a major source of Europe’s arable land.

Christian Bogmans, an economist at the International Monetary Fund, said a conflict in Ukraine could further inflate global food prices, which were set to stabilize after skyrocketing last year.

Russia and Ukraine together are responsible for nearly 30 percent of global wheat exports, while Ukraine alone accounts for more than 15 percent of global corn exports, he said. And many of Ukraine’s growing regions for wheat and corn are near the Russian border.

The rising price of gas and fertilizer, as well as droughts and adverse weather in some regions, like the Dakotas, had already helped to push up the global price of wheat and other commodities. Ukraine is also a significant producer of barley and vegetable oil, which goes into many packaged foods.

“Production might be interrupted, and shipping may be affected as well,” Mr. Bogmans said. If other countries impose sanctions on Russian food items, that could further limit global supplies and inflate prices, he said.

But because food costs make up a small portion of inflation, that may not matter as much to overall price data, Mr. Detmeister at UBS said. It is also hard to guess exactly how import prices would shape up because of the potential for currency movements.

If the conflict drives global uncertainty and causes investors to pour money into dollars, pushing up the value of the currency, it could make United States imports cheaper.

Other trade risks loom. Unrest at the nexus of Europe and Asia could pose a risk for supply chains that have been roiled by the pandemic.

Phil Levy, the chief economist at Flexport, said that Russia and Ukraine were far less linked into global supply chains than China, but that conflict in the area could disrupt flights from Asia to Europe. That could pose a challenge for industries that move products by air, like electronics, fast fashion and even automakers, he said at an event at the National Press Foundation on Feb. 9.

“Air has been a means of getting around supply chain problems,” Mr. Levy said. “If your factory was going to shut because you don’t have a key part, you might fly in that key part.”

Some companies may not yet realize their true exposure to the crisis.

Victor Meyer, the chief operating officer of Supply Wisdom, which helps companies analyze their supply chains for risk, said some companies were surprised by the extent of their exposure to the region during the Russian invasion of Ukraine in 2014, when it annexed Crimea.

Mr. Meyer noted that if he were a chief security officer of a company with ties to Ukraine, “I would militate rather strongly to unwind my exposure.”

There could also be other indirect effects on the economy, including rattling consumer confidence.

Households are sitting on cash stockpiles and probably could afford higher prices at the pump, but climbing energy costs are likely to make consumers unhappy when prices overall are already climbing and economic sentiment has swooned.

“The hit would be easily absorbed, but it would make consumers even more miserable, and we have to assume that a war in Europe would depress confidence directly, too,” Ian Shepherdson at Pantheon Macroeconomics wrote in a Feb. 15 note.

Another risk to American economic activity may be underrated, Mr. Obstfeld said: the threat of cyberattack. Russia could respond to sanctions from the United States with digital retaliation, roiling digital life at a time when the internet has become central to economic existence.

“The Russians are the best in the world at this,” he said. “And we don’t know the extent to which they have burrowed into our systems.”

Fri Mar 4 , 2022
Article content The Ontario SPCA Renfrew County Animal Care Centre surpassed its fundraising goal of $8,000 for National Cupcake Day on Feb. 28. Article content This was the 10th year for the fundraiser for SPCAs and humane societies, often dubbed the sweetest day of the year as people get to […] 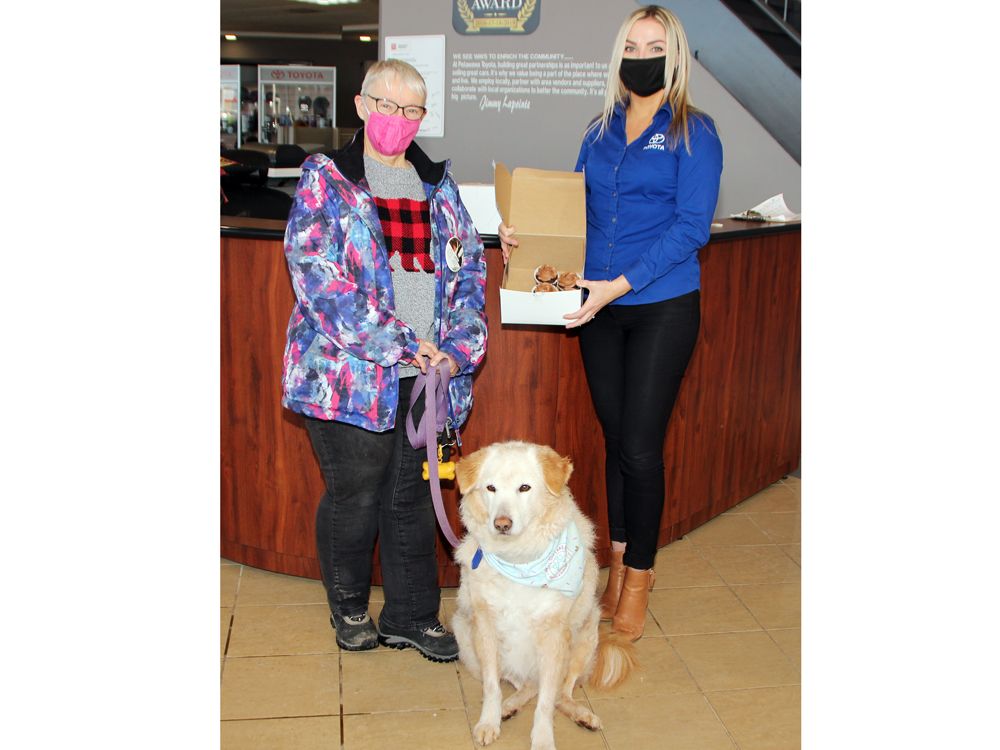