After the resignation of Habersham County Airport Fixed Based Operator, Blue Sky Aviation, at the beginning of the month, the county and airport commission are scrambling to find someone else to take over the important job of managing the county’s airport.

Blue Sky, a contracted vendor operated by Brenda and Ray Reed, has served in the capacity of FBO since 2014, taking care of daily operations as facility manager at the airport for those eight years. Now, the Reeds are retiring, and the county has to find someone to take over management of the airport by the end of the month.

“I honestly do not know what I’m going to do,” County Manager Alicia Vaughn says. “I’m going to be having meetings and trying to figure that out, involving the consultant and the chairman, Ken [Schubring], the airport commission, everybody’s going to be involved.”

While Vaughn does have the ability to manage the airport as the county manager, she says she doesn’t have the time or resources to effectively manage it. That’s why, right now, she and the county commissioners are considering creating the position of airport manager.

“We need someone who can focus all their attention on the airport,” she says.

At the county airport commission’s monthly meeting on Monday morning, no official action was taken on what they would do in Blue Sky’s absence. However, members of the public did express their concerns surrounding the county commission’s special called meeting tonight to discuss, and potentially vote, on a new county employee position to manage the airport.

The Habersham County Board of Commissioners will meet tonight at 5:00 p.m. in a special called meeting to discuss the airport manager position and amending the county’s budget to employ one.

Some members of the public, including Brenda Reed, are urging the county to look at options other than bringing on a full-time, paid employee to manage the airport.

Cornelia Attorney Doug McDonald expressed his concerns that the airport manager position isn’t something that previously existed, and that the discussion of that position and vote tonight would be too sudden and internal with Vaughn being the individual overseeing the process.

Reed says her hope is that the money the airport is making will continue to go back into improving the airport and county infrastructure, not bringing on a new employee. But if they do choose to bring on an airport manager, Reed hopes it’s someone who knows what they’re doing.

The commission’s called meeting, beginning at 5 p.m., will be held in the county administration building located at 130 Jacob’s Way in Clarkesville.

Mon Feb 14 , 2022
Matt Barrett, CEO, Adaptive Adaptive Financial Consulting, the specialist global electronic trading consultancy, has acquired Real Logic, a low-latency trading technology development firm, The TRADE can exclusively reveal. The deal is a strategic move for Adaptive, as it brings on board both Aeron and Aeron Cluster: open-source software used by […] 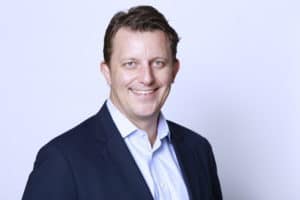