WASHINGTON (AP) — The Federal Reserve on Wednesday will launch one of the most difficult tasks a central bank can attempt: Raise borrowing costs enough to slow growth and tame high inflation, but not so much as to topple the economy into recession.

With a war raging in Europe and price increases at a four-decade high, Fed Chair Jerome Powell will seek to engineer a “soft landing”: A gradual slowdown in economic activity that helps curb surging prices, while keeping the job market and economy expanding.

Yet many economists worry that with the price of gas and commodities spiking, the additional burden of higher interest rates could choke off growth entirely.

“You’ve got to be both lucky and good” to avoid causing a downturn, said Alan Blinder, a Princeton University economist who served as vice chair of the Fed from 1994 to 1996, when the central bank was widely seen as achieving a soft landing.

As a first step, the Fed is set to raise borrowing rates several times this year, beginning this week with a quarter-point increase in its benchmark short-term rate. Policymakers will also discuss when and how fast to shrink the Fed’s $9 trillion in bond holdings, a step that would also have the effect of tightening credit for consumers and businesses.

Such moves mark a sharp turn away from the Fed’s ultra-low-rate policies, which it enacted when the pandemic recession erupted two years ago. By pinning its key rate near zero for two years and buying trillions in bonds, the Fed has kept borrowing costs at historically low levels and helped boost stock prices.

The Fed, by its own admission, underestimated the breadth and persistence of high inflation after the pandemic struck. Many economists say the central bank made its task riskier by waiting too long to begin raising rates.

The average 30-year fixed mortgage rate, which reached a record low of 2.65% in January 2021, has jumped to 3.85% in the past three months, as Powell has signaled the Fed’s intentions and inflation has spiraled higher.

By raising short-term rates, the Fed hopes to make it costlier to buy homes and cars and to boost credit card rates and borrowing costs for businesses. The resulting pullback in spending should, in turn, slow inflation, Powell told Congress two weeks ago. Strong consumer spending, fueled by stimulus checks and steady hiring and pay raises, has collided with supply shortfalls to raise inflation to 7.9%, the highest rate since 1982.

“People will spend less, and what we hope to achieve is bringing the economy to a level where demand and supply are in sync,” Powell said at a Senate Banking Committee hearing.

If the Fed succeeds, he said, the economy should keep growing, and unemployment, over time, should stay low — it’s now 3.8% — or fall further.

“I think it’s more likely than not that we can achieve what we call a soft landing,” Powell told a House panel a day before his Senate testimony.

Yet the Fed faces a dizzying array of uncertainties that will make its task particularly challenging. The economy is still working through shortages of labor and parts stemming from the disruptions of the pandemic. And now prices are rising further for oil, gas, wheat, and other commodities because of Russia’s war against Ukraine.

The clearest soft landing was achieved in 1994 and 1995, when the Fed under Chairman Alan Greenspan raised its benchmark rate from 3% to 6% as the economy was rebounding after a brief recession. Inflation, which wasn’t a problem then, declined further. And unemployment leveled off at about 5.5% before resuming its decline two years later.

Blinder calculates that the Fed also engineered soft landings in 1965 and 1983. But he worries that this time, the odds are stacked against the Fed and that its rate hikes may end up causing an economic setback.

“It’s just so hard in this environment,” he said. “You have to have a world in which nothing comes to knock over the apple cart. And for Jay Powell and the Fed, the whole world is just apple cart after apple cart getting knocked over.”

One of those apple carts is the sharp rise in gas prices since the invasion, up 65 cents to $4.33 a gallon, on average, nationwide. The increase will send inflation higher, while probably also slowing growth — two conflicting trends that are difficult for the Fed to manage simultaneously.

Last week, Goldman Sachs cut its growth forecast for this year to 2.9%, down from a previous estimate of 3.1%. Others foresee growth decelerating to 2%, down from 5.7% last year.

The economy’s steady expansion does provide some cushion against higher rates and more expensive gas. Consumers are spending at a healthy pace, and employers keep rapidly hiring. There are still 11.3 million job openings, far outnumbering the unemployed.

In 1998, the late MIT economist Rudiger Dornbusch wrote that economic expansions didn’t die of “natural causes.” Rather, he said, “they were all murdered by the Fed over the issue of inflation.” He meant that the Fed raised rates too much out of fear of inflation and failed to achieve a soft landing.

Yet many economists say that view is outdated and refers mostly to Fed policies from the 1950s through early 1980s. The Fed now operates differently. It communicates its plans more clearly with the public. And it pays closer attention to factors such as inflation expectations, which measure where consumers, businesses and investors see inflation heading.

Such measures are important because if people think inflation will head higher, they will demand bigger paychecks. Companies, in turn, will raise prices further to offset their higher labor costs.

Inflation expectations, particularly in the short-term, have been rising steadily, though longer-term measures suggest that people still expect inflation to return closer to the Fed’s 2% annual target over time.

Emi Nakamura, an economics professor at the University of California, Berkeley, noted that in the 1970s, even as inflation soared, it was still a matter of debate among economists whether the Fed’s rate policies could truly control inflation.

Yet if the Fed keeps raising rates for another year or two, as many economists expect, it could eventually lift them high enough that consumers and business reduce spending and throw the economy into reverse. Unemployment would rise and a downturn could begin.

Stephen Stanley, an economist at Amherst Pierpont, suggested, though, that the Fed won’t reach that possibility until next year or later.

“Let’s at least get a few rate hikes under our belt before we start worrying about that,” he said. “We have some distance to go before that becomes a realistic worry.”

Fri Mar 18 , 2022
Friends of Sinners is a local Christ-centered residential substance recovery program focusing on the restoration and reconciliation of men and women to Christ through the cross. ONE MAN’S VISION & THE STORY OF GIDEON’S ARMY After multiple prayers and conversations with God, Joe got the vision for the Less is […] 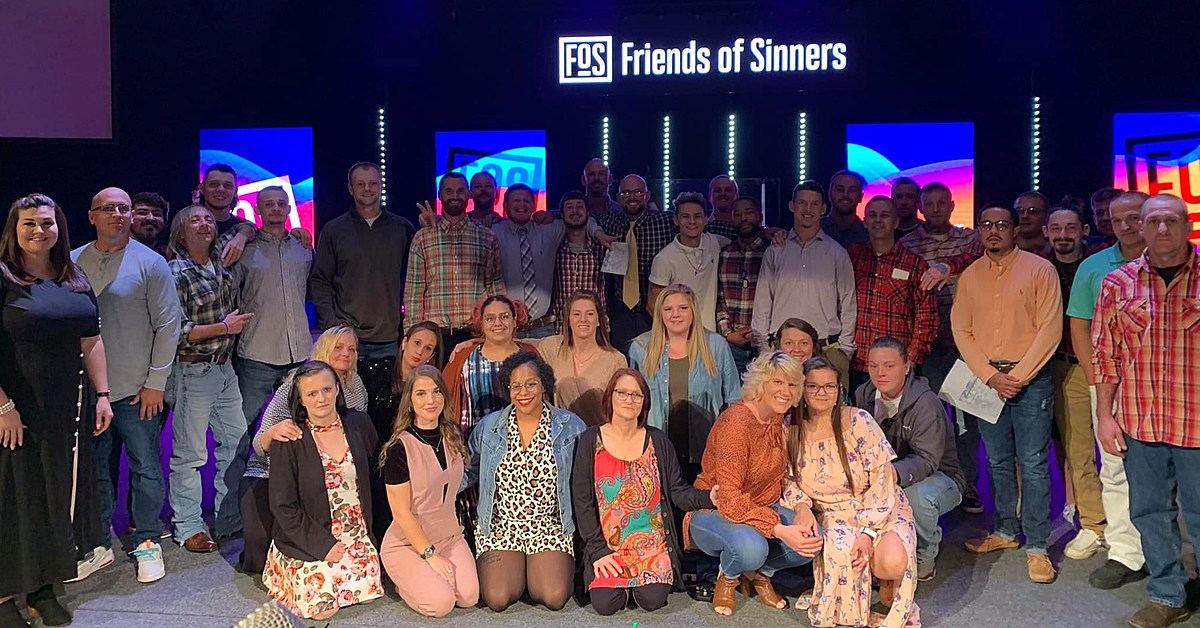