Several Federal Reserve Board members favored a more aggressive interest rate hike in March to kick off a series of increases this year, but policymakers ultimately held back given such high uncertainty tied to the war in Ukraine, according to minutes from the Fed’s most recent policy meeting.

When policymakers gathered in mid-March, they also flagged forces in the economy that could cause inflation, already running at 40-year highs, to persist even longer. That included Russia’s recent invasion, subsequent sanctions, wage pressures resulting from the tight labor market and global supply chain disruptions that are threatening food and energy prices.

“Many participants noted that one or more [half-percentage-point] increases in the target range could be appropriate at future meetings, particularly if inflation pressures remained elevated or intensified,” according to the minutes, which were released Wednesday. The minutes did not specify how many board members favored more aggressive measures.

Minutes from the Fed’s meeting March 15-16 offer new details about one of the central bank’s most consequential decisions of the pandemic. Officials raised rates at a modest one-quarter of a percentage point and penciled in as many as seven total rate hikes in 2022. The move came as the Fed continued to come under intensifying pressure to combat rising prices before they become even more entrenched.

Over the past few weeks, a growing number of Fed officials have publicly said more-aggressive hikes would be needed when officials convene again in early May.

Speaking before the National Association for Business Economics last month, Fed Chair Jerome H. Powell was asked what would keep the Fed from raising rates by 0.50 percentage points at the Fed’s next meeting. Powell’s response: “Nothing.”

A nationwide worker shortage and a tighter labor market are also contributing to inflation. Fed officials noted that wage gains had been strong, especially among lower-wage earners. But policymakers also said that their business contacts across the country have had to pass those wage increases, and rising costs of doing business, to customers. Economists have warned such a wage-price spiral can be an ever harder form of inflation for the Fed to interrupt.

Economists and the markets were eager to see the Federal Reserve minutes today, including details about how the Fed will start scaling back its enormous $9 trillion balance sheet, expected in May. No final decisions were made at the March meeting, but officials generally agreed on a plan that would shrink the balance sheet — including Treasury securities and agency mortgage-backed securities — by a maximum of $95 billion per month. That’s a faster pace than the last time they shrank the Fed’s balance sheet between 2017 and 2019.

While the Fed’s primary way of combating inflation is by raising interest rates, officials have said drawing down the balance sheet could add some momentum to the upcoming rate hikes and act as a powerful substitute in place of another increase.

“It is of paramount importance to get inflation down,” Fed governor Lael Brainard said Tuesday at a conference hosted by the Minneapolis Fed. “Accordingly, the committee will continue tightening monetary policy methodically through a series of interest rate increases and by starting to reduce the balance sheet at a rapid pace as soon as our May meeting.”

Tue Apr 12 , 2022
Rather than looking back to celebrate Yellowstone National Park’s 150th anniversary, a Chicago advertising agency thought it would be a good time to look forward and think about ways to preserve the park for future generations. That’s how Havas Chicago came up with the concept of “Inheritance Passes” — a […] 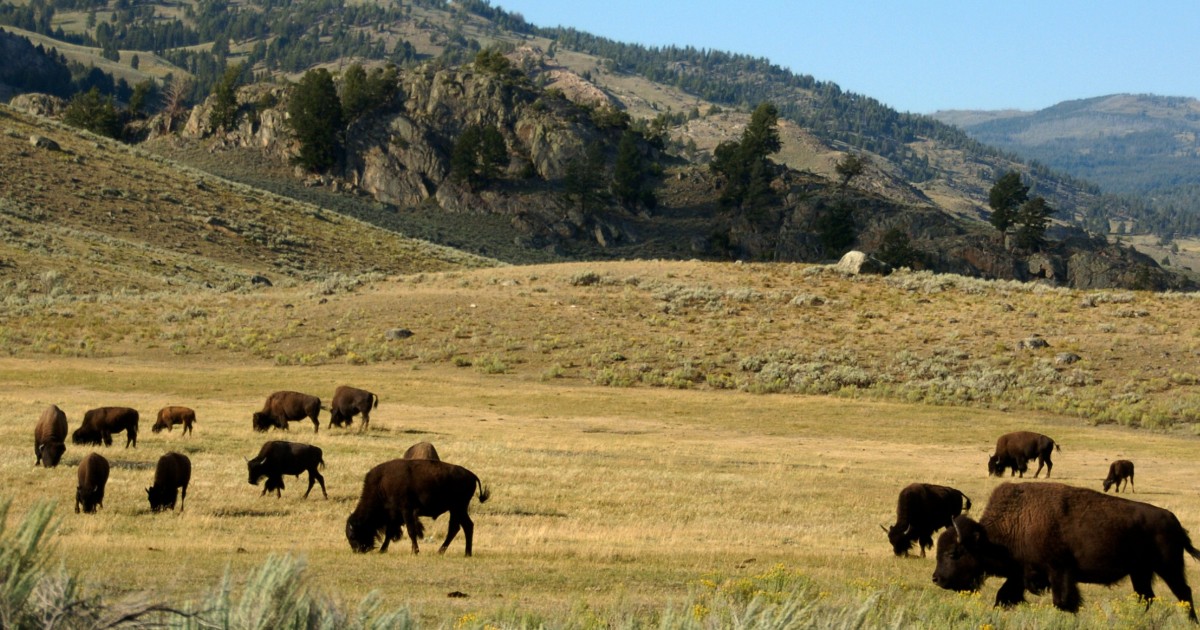