BRAINERD — Separated from home and family in wartorn Ukraine, Brainerd High School exchange student Anhelina Nevmerzhytska wanted to do something to help and a community effort is giving her an outlet to make a difference.

“Actually, I think I was driving some where with my host dad and I was just really, really sad about what’s going on,” Anelina said. “And I was just frustrated by not being there. While also like I understood that I wouldn’t be able to do anything even if I was there, but still I was, I was feeling like, I don’t know, I was feeling guilty for being safe here instead of being there, I guess.”

In her network of exchange students, others were also trying to raise funds to send to nonprofit organizations working in Ukraine and they were sharing their stories with their communities.

“Basically, I decided I needed to do something and the fundraiser was the first idea I had,” Anhelina said. “And I thought that if we would like sell T-shirts, and just people by wearing them will show their support, and I thought that would be a nice idea.”

The 16-year-old said she isn’t a graphic designer but she had an idea of what she wanted to include in her design for the T-shirts and crewnecks. Her teacher at Brainerd High School, Rick Jensen, a visual arts instructor, helped bring her sketch to life. Then with the idea and the design, she reached out to Minnesota T’s to help put the fundraiser into action.

“You can buy the shirts and crewnecks, but you also can just donate,” Anhelina said, noting people who live farther away and who won’t be able to pick up the shirts, may want to help by donating to the effort. The funds are going to humanitarian organizations doing the work on the ground in Ukraine, volunteers that are getting food to people, providing shelter and medical supplies.

The organization Anhelina has in mind is based in Massachusetts with Ukrainian immigrants. This week, Anhelina felt the urgency of getting the word out so she could provide as much help at home as she could and make a difference for people suffering now. It’s been hard to be here, but also hard to talk about the situation with most of her family still in western Ukraine. Her sister Anna is also in the United States studying in San Francisco.

When the invasion started, Anhelina said she didn’t expect the Russians to launch attacks across the country. With the buildup of Russian troops on the borders, first there were thoughts they would back away. Anhelina thought if they did push through with an invasion it would come from the eastern part of the country.

“I didn’t expect Russians to be able to affect all the cities at once, especially big cities, and my city is a regional center.”

She first learned of the invasion when a friend at home, who lived a mile away from the airport, reported waking up to a house shaken from the explosion.

“I don’t know what I thought,” Anhelina said. “It’s hard to explain very much. I don’t think I had any thoughts in particular at the time. I was just shocked.”

Her parents are physicians and her mother is a military doctor so they aren’t leaving, she said, adding she didn’t think they would leave even if they could. Being able to feel as though she is doing something for the effort at home is a little help.

When Anhelina left her home in Ukraine to be an exchange student in Minnesota, she didn’t know quite what to expect. Leaving her home town of more than 200,000 in Lutsk, a regional center, known for its 14th century castle, in the northwestern part of the country, she arrived in Fort Ripley, population 45.

She arrived in September with plans to return home after the school year ended in the spring as many of the exchange students do. Now those plans seem upended by a Russian invasion ravaging her nation 5,000 miles away. Her exchange program will be extended to allow her to stay until she can safely return home. She hopes things will stabilize to make that an option.

“I don’t know if that is what it’s going to be or if that is kind of wishful thinking,” she said.

To describe her home, Anhelina said the cities are cultural where a person can feel the atmosphere of European influence and connections even deeper in the past.

“I love the mountains,” she said. “The views are so beautiful, breathtaking.”

Here, Anhelina said her host family, students and teachers at school and especially the other exchange students have been very supportive. She said everyone tells her they are there for her whenever she wants to talk. And they’ve been supportive of the fundraiser.

How to help support for Ukraine fundraiser

The shirts and donation options are available at

as the Stand with Ukraine Fundraiser 2022. Orders cannot be shipped but will be able to be picked up at BHS once the fundraiser is complete.

People can order a T-shirt for $20 or a crewneck for $30 or add a donation of $5, $10, $20 or $50 without getting any merchandise. The apparel features a white shirt with the country outline of Ukraine with the country’s blue and yellow colors and a field of wheat and “Stand with Ukraine” motto. Ukraine is considered Europe’s breadbasket with its wheat production.

Cat Hanson, Minnesota T’s manager, works with Brainerd High School students on a variety of fundraisers, often related to sports. This one was a little different, Hanson said.

“She came in and asked for ideas and thoughts and what we could do,” Hanson said, noting Anhelina had her artwork ready to go. So Minnesota T’s did what they do best and helped Anhelina connect with the website, where the students design how they want the fundraising site to look with the artwork and what they want to say in their own words. The students then can check in and see what they’ve raised in real time.

“It’s up to the students to make the fundraiser,” Hanson said, noting they enjoy working with the students. “We’re here to help contribute to that, to make it easy and organized. Hanson said the downtown Brainerd business provides the tools and is happy to do what they can for the students. And then Minnesota T’s will print the order.

“She did talk about who she wanted the money to go to,” Hanson said. “And I thought that’s wonderful. And it was very heart-touching to see her come in. I mean, her family, she said her parents were doctors, and it’s got to be hard. And we’re happy to help as much as we can. I thought she was heartfelt and she really wanted to help Ukrainians in their time of need and I hope it works well for her.”

For Hanson, the fundraising effort really shows the power of community.

Five trends that could transform your 2022 marketing strategy

Wed Mar 16 , 2022
The relationship between marketers and their customers is entering a new era. Pandemic-induced consumer behaviours are here to stay. Over the past year, most of us have been forced to adapt to change and uncertainty more than ever before. With many of our daily interactions going solely digital, we should […] 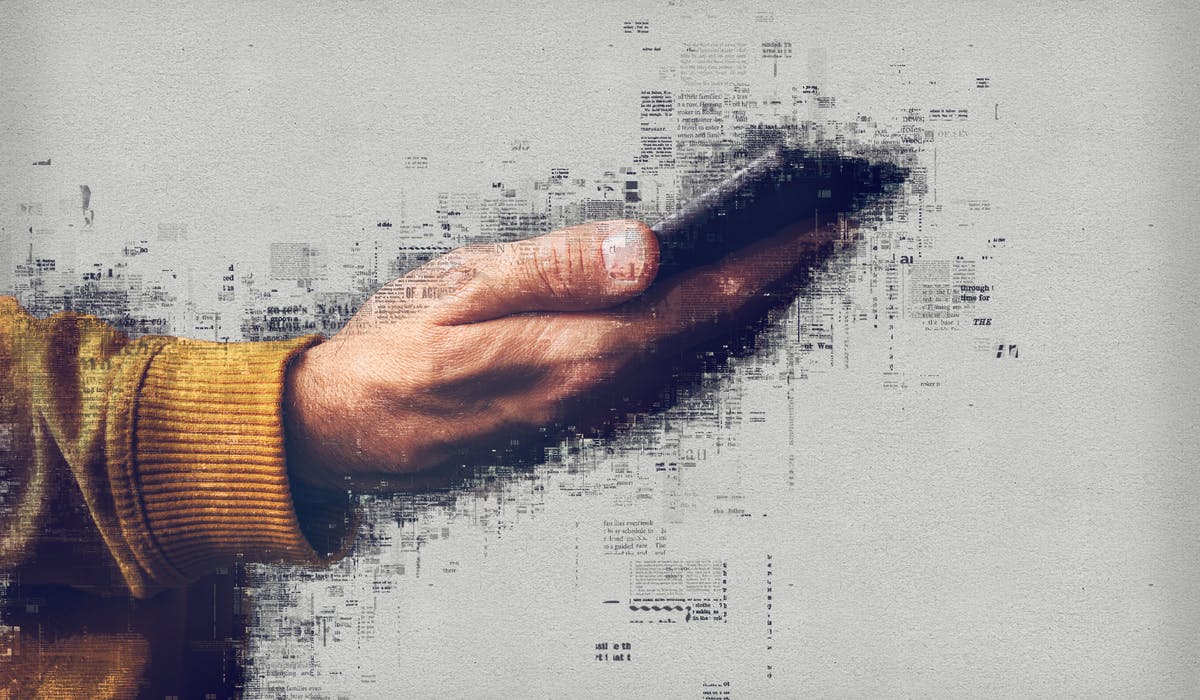