Traders digested the latest news on the Ukraine-Russia war. Ukrainian President Volodymyr Zelenskyy called for more pressure on Russia from other countries as the conflict appears to be entering a stalemate.

Oil prices ticked higher on the day, with U.S. benchmark WTI crude gaining around 5% to nearly $115 per barrel. International oil benchmark Brent crude advanced more than 5% to top $121 per barrel.

The 10-year U.S. Treasury yield surpassed 2.41% at its session high Wednesday, a level not seen since May 2019. The benchmark rate has surged since the beginning of the week, when Federal Reserve Chairman Jerome Powell vowed to be aggressive on inflation. The Fed last week raised interest rates for the first time since 2018.

“Markets are still trying to find their footing,” Jack Ablin, Cresset Capital chief investment officer, said. “It’s very difficult to try to gauge how the higher interest rates will impact inflation, the economy and earnings growth, and then you add on top of it a war that’s constraining oil.”

Energy stocks rallied Wednesday as oil prices rose. Hess and Diamondback Energy were the top two gainers on the S&P 500, respectively rising about 4.6% and 3.9%.

On the downside, Adobe shares fell 9.3% after the company forecasted lower-than-expected profit and revenue in its fiscal second quarter.

Wall Street is coming off a strong session Tuesday in which the Dow jumped more than 250 points and the S&P 500 climbed 1.1%.

“There’s a little bit of a breather today, but the breather really is signaling that equities have the ability to continue to move higher,” Jeff Kilburg, chief investment officer of Sanctuary Wealth, said Wednesday.

All three averages are on track to close the month more than 1% higher. The S&P 500 has recouped its losses since Russia invaded Ukraine in February.

However, famed activist investor Carl Icahn on Tuesday after the bell said an economic downturn could be coming.

“I think there could very well could be a recession or even worse,” Icahn, founder and chairman of Icahn Enterprises, said on CNBC’s “Closing Bell: Overtime” to Scott Wapner.

Mon Mar 28 , 2022
So far, the children, staff and members of the local community have raised more than £2,000. From non-uniform days, bake sales and bucket collections, the school has carried out a number of initiatives to help raise funds, as well as acting as a drop-off point for donations of essential items […] 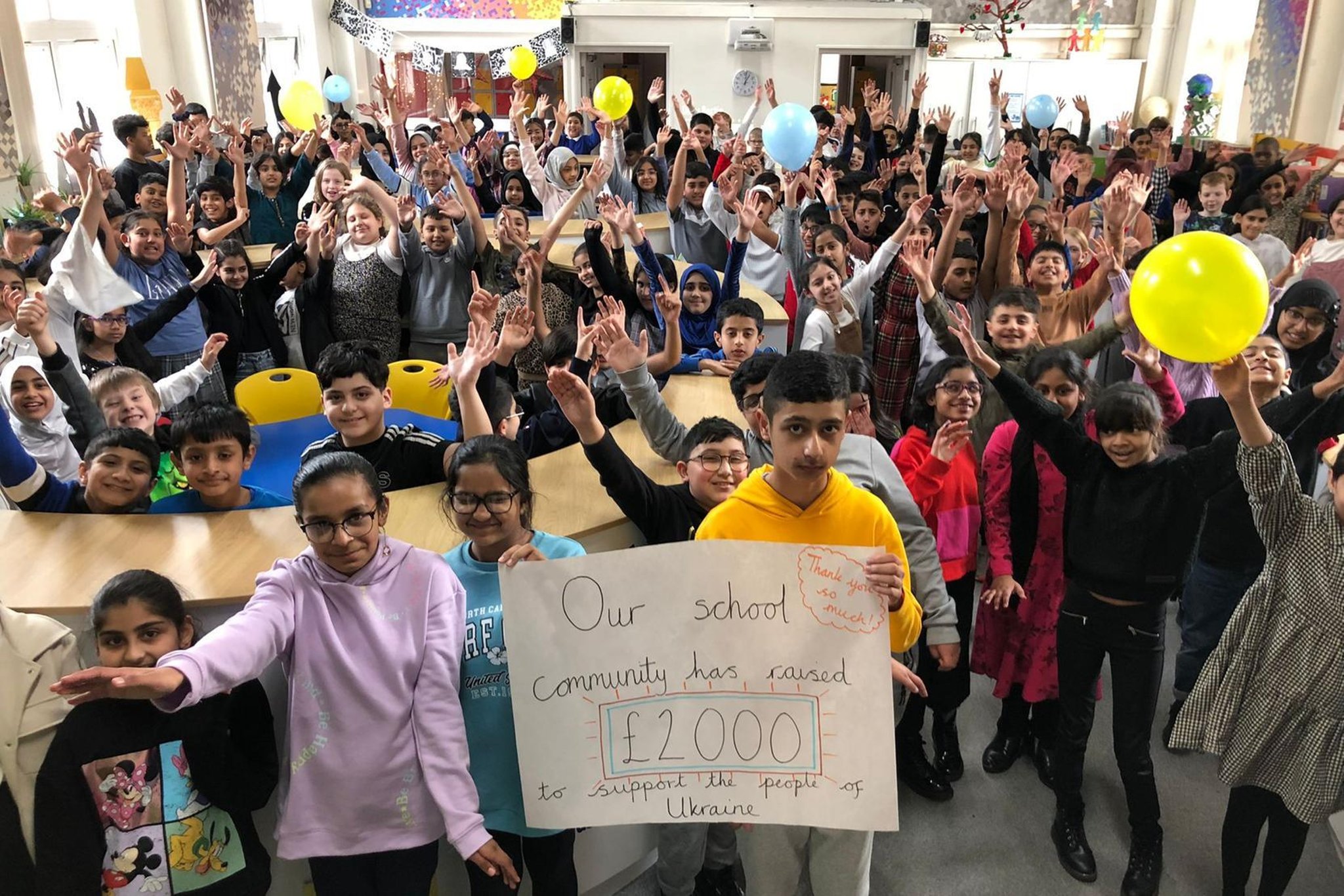