The Consumer Price index, which tallies the cost of a basket of goods month to month, jumped 1 percent in May compared to the 0.3 percent increase in April — a sign inflation remains red hot.

Compared to one year ago, the index in May hit 8.6 percent, rising from the 8.3 percent year-on-year increase seen a month prior. That’s the highest reading since 1981.

And the “core” index that excludes the costs of food and energy clocked in at 0.6 percent last month, compared to 0.6 percent in April.

The latest data from the Bureau of Labor Statistics (BLS) released Friday reflects a U.S. economy that is still sizzling, thanks in large part to the rising cost of gasoline and food.

Energy prices soared 34.6 percent compared with May 2021, while food prices jumped 10.1 percent over that period. That is the first increase of 10 percent or more in over 40 years, the BLS said.

Gas prices are poised to reach a national average of $5 per gallon, a troublesome milestone that stings at the worst possible time for Americans planning summer vacations and road trips.

The main driver of gasoline prices is oil prices. In the last three months, the price of one barrel of Brent crude oil has climbed from about $87 to $122.60 as of the market close on Thursday.

When will inflation start to come down? Not anytime soon, according to Bankrate.com senior vice president and chief financial analyst Greg McBride.

“It will take many months of more moderate price readings for the rate of inflation to come down in a meaningful way,” McBride wrote in a note this week. “We may not get much under 6% before year-end.”

Other experts agree that the geopolitical elements that have served to raise prices across the globe are not going to abate in the short-term.

“The Russia-Ukraine story isn’t changing soon,” James Knightley, chief international economist at ING financial services group, said in an email. “China [Covid-related] lockdowns have eased, but could easily come back any day given the zero Covid strategy. Then labor participation is not improving quickly enough.”

So it will be on the Federal Reserve to help get demand back in balance with those factors affecting supply, he said.

Next week, the Fed will decide whether to raise its key interest rate for the third time this year. Markets and investors are nearly unanimous that the central bank will choose to raise rates by another half-point, from 1.25 percent to 1.50 percent.

The question instead is whether it will continue to raise interest rates by 0.5 percent at its meetings in July and September.

“To the extent that surging energy and food prices are being driven by global supply factors — primarily the war in Ukraine — the Fed wouldn’t necessarily be expected to respond,” Andrew Hunter, senior U.S. economist at Capital Economics research group, wrote in a note to clients this week. “But with inflation so far above the 2 percent target, those old rules no longer appear to apply.”

Hunter noted recent comments by Federal Reserve Board Governor Christopher Waller, who said the Fed must do whatever it takes to tackle inflation given its fundamental mandate.

“At this point, I don’t care what the reasons are,” Waller said last month. “Inflation is too high and my job is to get it down.”

Sun Jun 12 , 2022
Iman Bashir is a SEO Specialist and Founder of Craftly.AI, an AI-powered copywriter looking to change the way the world writes. getty In the last several years, artificial intelligence (AI) has stirred up a great deal of conversation. With 80% of organizations have already adopted some form of automation technology […] 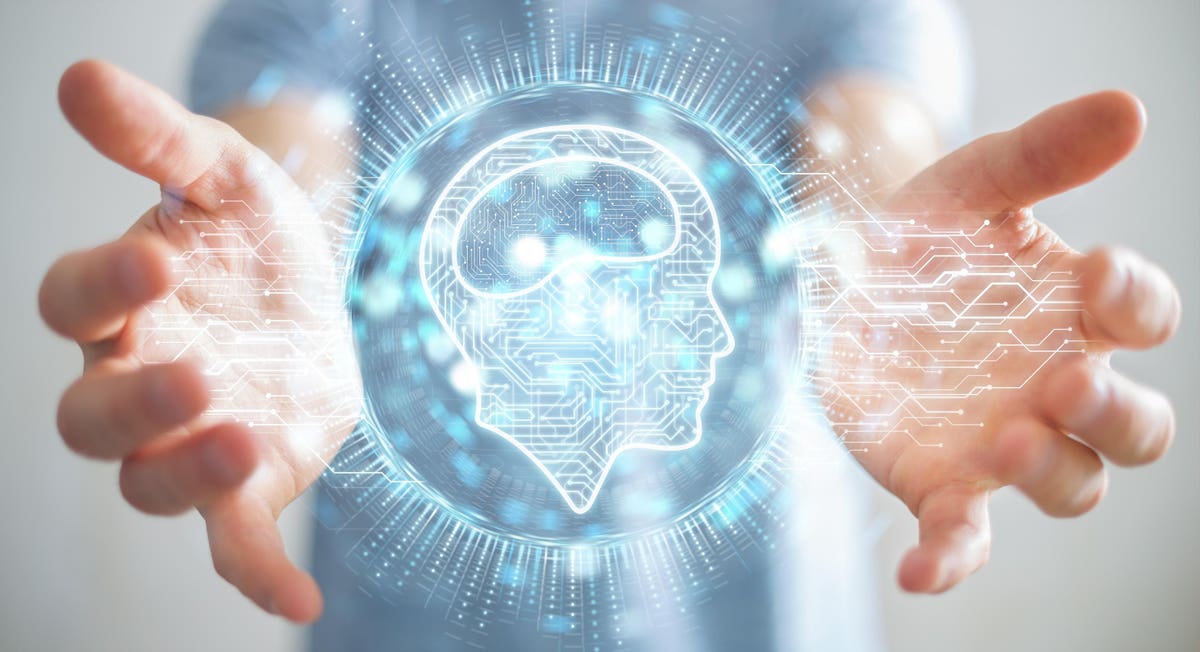