Last month, the University of North Carolina at Chapel Hill hit an important milestone for its future. The $4.25 billion Campaign for Carolina, one of the largest fundraising efforts ever attempted by a public institution, reached its goal a year early.

Despite all the disruptions of the past two years, and the inevitable debates and controversies that surround higher education, more than 200,000 people chose to invest in our university. We made a strong case for why they should believe in us, and they decided that Carolina is the right place to make a difference in the world.

Their confidence and their capital will certainly make a difference for North Carolina. That $4.25 billion represents a huge boost for the economy of this state, since the vast majority of those dollars will flow to people and projects based right here. The support of our private donors complements that of our public leaders, who continue to invest heavily in faculty and research so that we can tackle the biggest challenges of our time.

I think of the university as a long-range venture fund for North Carolina, putting resources into promising ideas that could lead to the next medical breakthrough, the next growth industry, or the next big jump in quality of life.

Here are some examples from this campaign to illustrate the point:

n The Eshelman School of Pharmacy won a $1.5 million foundation grant to help develop and study the next generation of cancer-fighting drugs, adding to the tens of millions in research funding the school earns each year.

University sponsored research, which has been growing for decades, built North Carolina into a global hub for advanced pharmaceuticals. From early stage experiments to large-scale manufacturing, our state’s pharma industry has saved countless lives across the world, created thousands of jobs across our state, and brought billions of dollars in economic growth.

n Steve and Debbie Vetter, both the children of military veterans, pledged $20 million in scholarship funding to help a new generation of military families reach their college goals.

North Carolina has one of the largest populations of veterans and active-duty military personnel in the country. Keeping a world-class Carolina education affordable for those who have served our country, as well as their families, ensures that veterans can put down roots in our state.

n A $2 million grant to the Kenan-Flagler Business School will offer support to small businesses in North Carolina struggling in the aftermath of the pandemic.

Making sure that small and midsize firms can compete effectively, especially in rural regions of our state, is crucial in creating shared prosperity for all North Carolinians.

The Campaign for Carolina will help underwrite hundreds of similar projects in the years ahead, translating donor dollars into real-world impact. Because of the way our endowment works, growing donor investments for the long haul, the benefits from this campaign will last for decades.

When you look at the direction of our state’s economy over the last 20 years, it’s clear that many of the fastest-growing sectors have their roots in university priorities. Health care, science and technology, arts and entertainment — all have become much more prominent as North Carolina grew to become the nation’s 11th-largest economy.

I believe we’ll see a similar trajectory for fields like data analytics, energy efficiency, and genome sciences. The resources we’re able to devote to university efforts now will pay huge dividends for all of North Carolina over time.

Nowhere is that more apparent than in the students we are able to serve as a result of this campaign. Despite hitting our overall goal, we’re still working to raise a billion dollars for scholarships so that we can keep our University’s core promise of welcoming any qualified student, regardless of their ability to pay.

That investment in the next generation — in the teachers, inventors, scientists and citizens our state needs — is the most important and most powerful thing we do at Carolina. It is made possible by the people of our state through their centuries-long support of higher education, and it is enhanced by the thousands of alumni and friends across the world who continue to donate to the nation’s oldest public university.

I’m honored that so many people believe in our mission and choose to support it.

Kevin Guskiewicz is a neuroscientist, a Kenan distinguished professor of exercise and sport science, and chancellor of the University of North Carolina at Chapel Hill.

Tue Feb 8 , 2022
Today, a lot of people want to grow their Instagram engagement, and improving stats such as likes is an integral part of growing an online audience. Is great content important? Yes, followers are going to like things they enjoy watching. But producing great content and getting it in front of […] 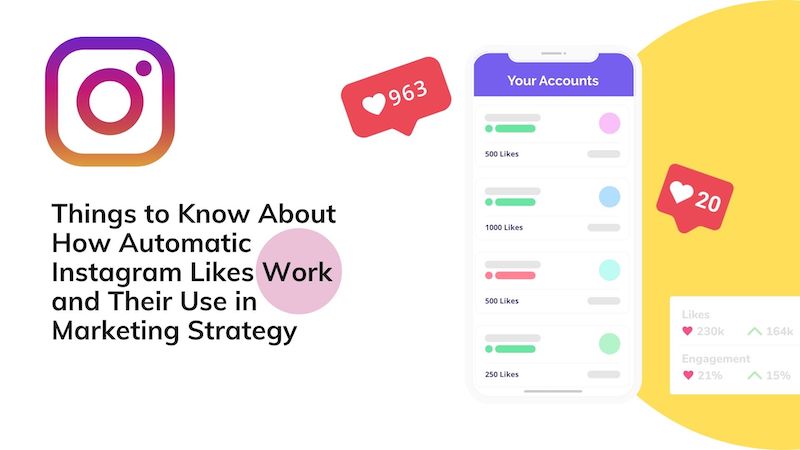