KILGORE — The city of Kilgore is in talks with Enterprise Rent-A-Car to use the company’s fleet management services.

An Enterprise representative spoke to council members this past week about the program, which swaps out older vehicles and maintains newer one in a client’s vehicle fleet.

City Manager Josh Selleck told the council such a system has been a goal for years.

“We’ve been talking with Enterprise Fleet Management for the entire seven years that I’ve been here about this program,” he said. “Frequently, people say that government should act more like business and be more concerned with the bottom line. We do a lot of that here and try to be as efficient as possible with the taxpayers’ dollar. This is a program that I wanted to watch get implemented in a number of other cities, and I have peers I’ve worked with before that I trust to give honest feedback in cities where it’s been implemented, like Colleyville.

“We have finally reached a place in our financial planning and budgeting to take a deep dive into the analysis on this for Kilgore itself,” he said.

Jennifer Bertram with Enterprise Fleet Management talked about specifics of the plan.

“We own and operate the largest fleet in the world — 1.9 million vehicles,” Bertram said.

“The significance of that is that we’re the largest purchaser and reseller of vehicles in the world. We’re sharing our blueprint, if you will, that we’ve been running for 60 years and how this impacts a city or any government entity.”

Bertram said because Enterprise buys so many new vehicles, the company acquires volume discounts from manufacturers and has a ready supply of new vehicles at all times to continuously swap out aging vehicles from a city’s fleet. This enables cities to save money because fuel, maintenance and repair costs are lower for newer vehicles, and Enterprise has a steady stream of used vehicles to sell to the used vehicle market.

Council documents indicate the proposal from Enterprise calls for lowering the average city work vehicle lifecycle from 12 to four years. The plan calls for gradually phasing new vehicles into the fleet while phasing out older models over a period of years.

According to Enterprise calculations, the city could save nearly $400,000 over an eight-year span in upkeep, maintenance, fuel and other costs. The city would cover the costs of vehicle purchases, obtained at a discount, as well as an annual fee for Enterprise’s management services. The fee would begin at about $8,000 and increase to $15,000 annually as more vehicles are rotated into the fleet and the management system.

The system would primarily manage trucks and other vehicles for city departments, including the parks and facilities department, and would not cover things such as fire engines or heavy work vehicles.

Selleck explained that council members were not being asked to make a decision on such a large item at this time.

He added the issue could be re-introduced at a May council meeting for possible approval if council members were ready to take action. 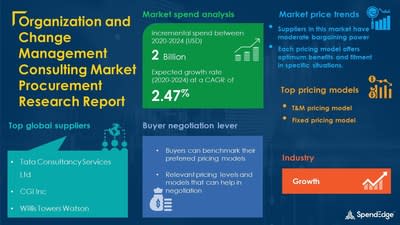