While inflation is a complicated issue debated worldwide by economists, politicians and CEOs, its effects are being dealt with daily by Yakima Valley residents.

“Rural populations have lower incomes than city dwellers. Therefore, they can least afford higher prices,” Saez-Nunez said. “This is especially true for Latinos, Indigenous Americans, and other people of color, because they have lower incomes.”

Residents of rural areas tend to have larger and older homes than urban residents, requiring more energy to cool in the summer and heat in the winter, Saez-Nunez said. Inflation affects those energy prices just like any other product.

And because rural residents travel longer distances, typically without the use of public transportation, they are impacted greatly by rising fuel prices, he added.

The Federal Reserve reported year-to-year inflation rates of 7.5% last month, the highest level in four decades. That percentage, known as the Consumer Price Index, measures the change in prices of products Americans typically buy or have to pay for, Saez-Nunez said.

“There is no CPI calculation specifically for Central Washington,” he added. “Actually, the CPI is an urban-centric measure; more people live in urban areas of the U.S., where incomes are higher. Therefore, the CPI samples more people in urban areas.”

While CPIs are not available for Central Washington or the Yakima Valley, they are available by region, and the Western U.S. had a slightly higher 12-month consumer price index of 7.7% in January 2022, according to the U.S. Bureau of Labor Statistics.

That probably doesn’t surprise anyone who’s been to a gas station, grocery store or restaurant lately.

Several business owners declined to speak about inflation when contacted via phone or email by the Yakima Herald-Republic this week, but Chris Brown, president of Wray’s Marketfresh IGA locations in Yakima and Selah, said price increases are hard to miss in all businesses.

While Brown and his employees hear plenty of customer grumbling, he said most understand that inflation is something beyond the control of local business owners.

“We get a few comments sometimes, like, ‘Wow, that’s expensive,’ but not a huge number,” he added. “I think everyone understands (inflation) is something we’re all dealing with.”

The higher prices we see in stores and other local businesses stem from the supply side of economics more than drastically increased demand, noted Saez-Nunez, who has a doctorate in his field.

“Companies have struggled to produce, as they have a hard time procuring inputs imported from abroad,” he said. “Many input-producing companies abroad have been shuttered by COVID-19.”

Saez-Nunez also noted the pandemic’s effect on transportation, which have resulted in shipping delays for businesses that no longer have large inventories of products.

Regarding food, the pandemic and its resulting transportation woes are not the only issues affecting price increases.

For example, hay prices have spiked in recent years due to persistent drought conditions in the western U.S., and that affects the cost of raising livestock, Saez-Nunez noted.

Regarding the situation at Wray’s and other Yakima retailers, Brown noted that a lack of available workers and Washington state’s minimum wage setup cause employers to pay more for labor, and those additional costs are reflected in prices.

Federal statistics show that wages are increasing nationally at the fastest pace in at least 20 years, the Associated Press reported earlier this month, which can pressure companies to raise prices to cover higher labor costs.

“Amazon has made a killing, as have Pepsico and Procter & Gamble,” he added.

Older people on fixed incomes tend to fare worse than working-age consumers, whose wages in theory will increase along with prices.

“Retirees who depend on Social Security receive a cost of living adjustment, but for many, Social Security has never been enough (to cover expenses),” Saez-Nunez said. “Richer retirees may be able to cope better.”

Finally, Saez-Nunez said farmers and those in the agriculture industry face a mixed bag of impacts from high inflation. While they may receive higher prices for crops at harvest, the costs to produce those crops, from labor to supplies, also are higher.

“Price increases can affect producers more than consumers, like a price spike in fertilizers,” he said. “These increases may be passed along to consumers, but the effect is smaller because they are diluted into more goods.”

Saez-Nunez said he examined the Producers Price Index, which like the CPI is also generated by the Bureau of Labor Statistics.

“Of note, the prices of chemicals used in agriculture have risen dramatically, about 50% in 2021, after falling slightly in 2020,” he said. “Prices for agricultural machinery have fallen some, in part because farmers are holding back from buying new equipment.”

Wed Mar 2 , 2022
Twenty degrees and not a sun in the sky: what a perfect day for a dip. Students and staffers of Joseph Sears School in Kenilworth sure thought so on Wednesday, Feb. 23, during the school’s Polar Plunge fundraiser. The Polar Plunge is a statewide program that supports Special Olympics Illinois. […] 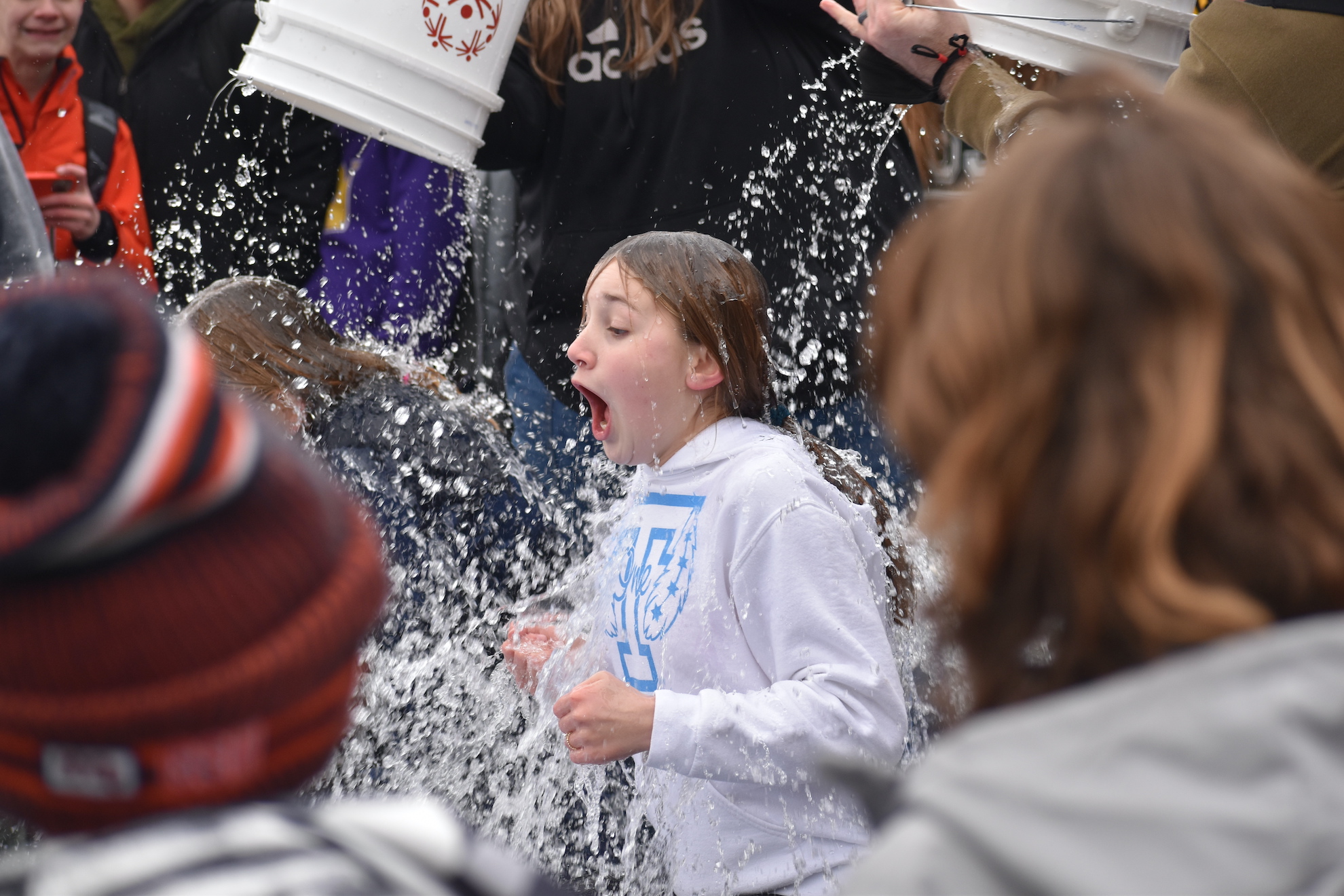