Altria Group Inc. is expecting to finalize development work by the end of this year on two novel nicotine products that could be submitted to federal regulators for approval soon after that, as the nation’s top tobacco company continues to push into alternatives to the conventional cigarettes that still produce most of its sales, the company top’s executive said on Wednesday.

“We know that cigarettes are dangerous and addictive,” said William F. “Billy” Gifford, Altria’s chief executive officer, in a speech to the Richmond Association for Business Economics on Wednesday. “And we know that the No. 1 expectation that society has for us as a company is to reduce the harm associated with cigarettes.“So for those adult smokers who can’t or won’t quit, it makes sense that we focus our resources on moving beyond smoking,” said Gifford, who became CEO of Altria in April 2020 after previously serving as vice chairman and chief financial officer and working the company in various leadership roles since 1994.

Altria still makes most of of its money — more than 80% of its $20.8 billion in revenue in 2020 — from the sale of cigarettes, and about half of all the cigarettes produced in the United States are manufactured at its subsidiary Philip Morris USA’s cigarette plant in Richmond. Gifford acknowledged Wednesday before the group of local economists, industry analysts and business leaders that it might not seem to make business sense to work against its leading position in the U.S. cigarette market.

“And that’s a fair question — one I get asked often,” Gifford said.

Cigarette consumption has been on a slow decline in the United States for years. Gifford said making products that can reduce the harm from smoking “is a generally accepted approach to addressing public health issues.”

“As the industry leader, our goal is to seize the opportunity of harm reduction and fundamentally change the landscape in a way that benefits our adult consumers, our company, its shareholders and the thousands of people we employ,” Gifford said.

“As we say, we are moving from a tobacco company to a tobacco-harm-reduction company,” he said.

Altria has made various investments to diversify its business in tobacco and nicotine products other than cigarettes over the last 15 years, including a $10.4 billion acquisition in 2009 of UST Inc., the largest U.S. maker of smokeless tobacco products.

In 2021, the company paid $372 million to buy a Switzerland-based maker of smokeless, oral nicotine products that are now being sold in the U.S. under the On! brand name.

Some of the company’s ventures into novel products are facing market and legal challenges, though.

For instance, Altria had introduced a “heat not burn” alternative smoking device called iQOS into the U.S. market under an agreement with its overseas former subsidiary Philip Morris International.

Altria is working on ways to bring the product back to the U.S., market, Gifford said.

Altria also spent nearly $13 billion in 2018 for a 35% stake in Juul, a California-based leading maker of vaping products, as part of a diversification strategy.

Juul’s products have since faced a backlash and lawsuits because of underage use, and Altria has had to take several write-downs on its investment, which was valued at just $1.7 billion as of February.

“The challenge I see is that Altria does so incredibly well from the cigarette status quo,” said David Sweanor, a professor of law at the University of Ottawa and a tobacco-control advocate who favors policies that push smokers toward less toxic nicotine products.

“Their interest in alternatives seemed to be defensive … and there is a big incentive to slow the transition away from cigarettes, and certainly not lose control of the market,” Sweanor said. “Meanwhile, the U.S. Food and Drug Administration, the U.S. Centers for Disease Control [and Prevention] and [tobacco-control] groups like the Campaign for Tobacco-Free Kids assist such a go-slow approach.”

Gifford said Wednesday that the increase in underage vaping user was one of the reasons that Altria supported raising the federal legal age to 21 for the purchase of all tobacco products in 2019.

He said the company is continuing to invest in research and development on new products.

“Adult smokers continue to experiment with and adopt smoke-free alternatives, which now represent nearly a quarter of the tobacco volume sold,” Gifford said. “And total U.S. tobacco industry volume has held relatively flat, despite the historical decline of cigarette volumes. As an industry leader, we are responding to that demand by working to transition adult smokers to our smoke-free products.”

Sat Apr 9 , 2022
For fundraising, people love the classics. Pub quizzes, non-school uniform days, bake sales, and football tournaments are all favourites for a reason. But poetry slams, duvet days, hackathons, raffles, cheese tasting, and exclusive high-end dog washes all deserve a lot more of our attention.    That’s where we can […] 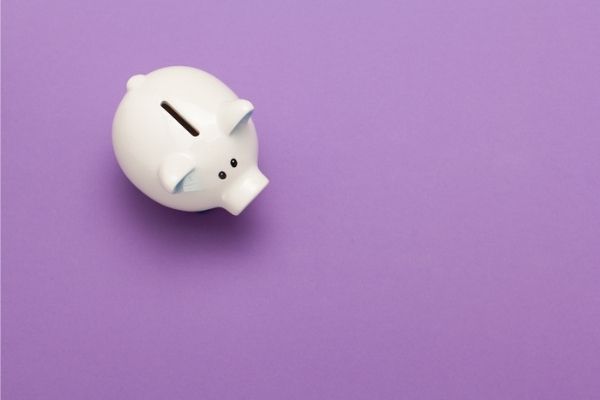