Following last year’s standout success raising money for the disaster-struck community of Haines, the breweries of Juneau are once again holding a Pour the Love event beginning in early February.

This year, the focus will be a little less dire, and a lot closer to home, as the breweries raise money for a new cabin at Eaglecrest Ski Area, said Devil’s Club Brewing Co. co-owner Evan Wood.

“Last year was a reaction to support our beloved Haines and Southeast community and their tragic event,” said John Blasco, business development manager for Alaskan Brewing Company. “This year, thankfully, knock on wood, there’s been no major disaster.”

“The four breweries really wanted to find something we could connect on and be passionate with with our customers,” Blasco said. “There were a lot of ideas out there, but we were trying to narrow down to one all four (breweries) were like, ‘Yes.’”

The fundraiser will operate on the same model as last year, according to a joint news release. From Feb. 4 to March 6, participants will buy a passport, have a drink at each of the city’s breweries and once they’ve visited all four, they’ll receive a camping mug with original art from local artist Jessica Hahnlen, owner of Frost and Fur.

Once completed, each participant will also be entered into a drawing to win one of two prizes, said Wood. Twenty winners will be picked for preferential early booking opportunity by Eaglecrest; they’ll have first call on reserving the cabin, before it’s opened for normal reservations. And one person will be picked for a free stay on the first night of the cabin’s opening, Wood said.

With the recent opening of the Hilda Dam Cabin, Wood said, the breweries sensed an opportunity to help out in a lasting fashion in Juneau as Eaglecrest seeks to expand its cabin offerings.

“It’s our old tubing park generator room and storage cabin,” said Eaglecrest general manager Dave Scanlan in a phone interview. “We haven’t run the tubing park — I don’t even know the last time we ran that. It’s been a long time.”

The new cabin would be as convenient and handicapped-accessible as it could be made to be: located near the parking lot, and additionally, soon to be close to a new electric vehicle charging station, Scanlan said.

“​​There’s obviously more demand for space because the Hilda Dam Cabin is rented out indefinitely,” Wood said. “The idea is that it would be another option in town like the Eagle Beach cabins to be a lot more accessible to families with small kids that need to bring lots of stuff. We have a lot of cabins that are difficult to reach.”

The new cabin will also be electrified, Scanlan said. All of this is part of a drive at Eaglecrest to have more cabins for guests throughout the year.

“It’s great. I’m just excited that they were gracious enough to think of us for the recipient for their fundraising efforts,” Scanlan said. “They help to create a good culture.”

“We’re going to be brewing a blueberry pastry stout. We’re really excited about it,” said Wood. “We thought one of the nice things about going to cabins is snacking on blueberries along the way. We thought a blueberry stout would be a cool combination of flavors.”

“We’re excited. We’re redoing the original oatmeal stout. This is the beer we’re going to be pouring at the Alaskan Tasting Room,” Blasco said. “We discontinued it a couple of years back, but we decided to remake it on the one-barrel system. The original logo was a cabin so it was fun to play off of.”

All the breweries are offering the beers both for home and onsite consumption. 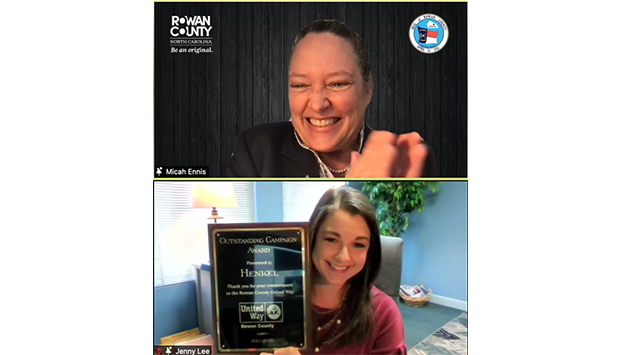